[Rumor] Next iPhone To Launch With Color And Size Options 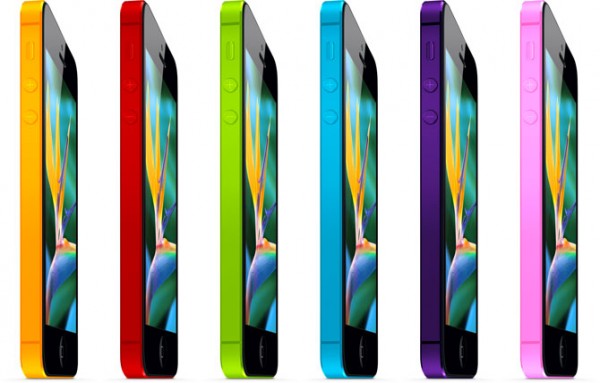 Lately, we’ve been hearing that Apple’s next-generation iPhone is set to launch at some point this summer. Previously rumors claim a mid-2013 launch for the “iPhone 5S.” Now there’s word that Apple may offer color and size options for the next iPhone.

Last month, Jeffries analyst Peter Misek claimed that Apple would launch the next iPhone with color options. This doesn’t seem very far-fetched to me as I think such an offering would be very desirable to consumers. A new report from Topeka Capital Markets analyst Brian White includes similar findings for Apple’s unannounced iPhone:

Our checks indicate that the next iPhone will have more choices for customers. This entails an expansion in both the color patterns and screen sizes with the next iPhone (i.e., likely called the iPhone 5S) that we currently believe will be launched in May/June with certain supply production starting in March/April.

White also states that having color choices for the iPod touch was a “testing ground” for the iPhone. I could definitely see that being the case. According to the report, White also believes that Apple will launch size options for the next iPhone. This could possibly lead to an “iPhone mini.”

As a joke, I decided to mock up a fake “iPhone mini” using Apple’s seventh generation iPod nano and graphic overlays from an iPhone. 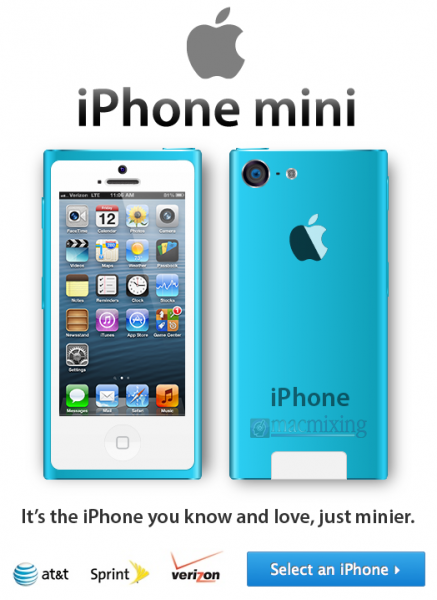 Either way, I can see color options happening, but I doubt that Apple will shift its screen size offerings again. They may always keep an iPhone 4S available for the meanwhile, but that’s about it.