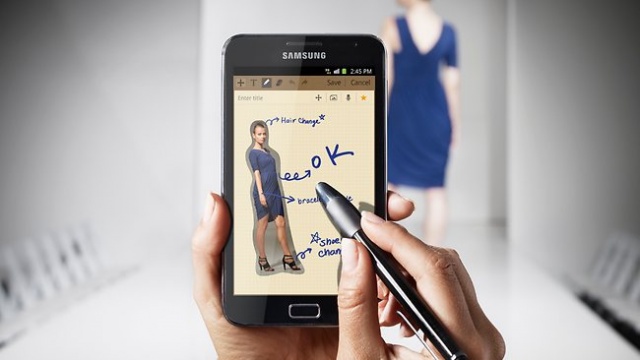 Okay so we’ve heard about Apple looking into a rumored 7-inch iPad for release later this year, but this one is crazy. Apparently Apple is rumored to be working on some sort of  5-inch “phablet”. If you don’t know what a “phablet” is, it’s too big to be a phone, but too small to be a tablet. We’ve recently seen something of this nature materialize from Samsung, featured in a few Fanboy taunting commercials. Would Apple really copy the Samsung Galaxy Note? I thought it was the other way around…

Apparently “a reliable Chinese source,” Macotakara says the phablet will have a Retina resolution of 1,600×960 or 1,280×960. According to Cult of Mac, Macotakara has a “pretty shaky track record, so take this rumor with a gigantic grain of salt.” So I’m guessing this one’s a no go. But you never know, it’s Apple. I think the idea is kinda stupid honestly.

Apple seems to have a plan of 5-inch Retina Display device in 2013.

According to reliable Chinese source, LCD supplior of Apple seems to be developing 5-inch Retina Display.

I’d hate to see an “Apple iNote” or something. Whatever though we’ll see many rumors like this throughout the rest of the year. This could also just be a concept or prototype. Either way, I won’t believe it until I see it. I’m perfectly happy with an iPad.

Do you think Apple will make a “Phablet”?