Dual-Rear cameras, More battery capacity, a larger display, and an extra GB of RAM… What’s going on everyone this is Dom and these are effectively the biggest differences between Apple’s new iPhone 7 and 7 Plus. The question is, which one is right for you? I’ve been using these phones for the past couple of weeks now and it’s safe to say that even without a major overhaul, Apple has done some good in the world with these new releases.

Inside of the iPhone 7 and 7 Plus, we have Apple’s A10 Fusion chip inside which is stupid fast. It definitely walks all over any other smartphone to date. The 7 Plus features 3GB of RAM inside, which is a step up over the 2GB in the iPhone 7, but I don’t think you’ll really see a performance difference in day-to-day use between them, but in front of all of these specs we have the displays…

With the iPhone 7 there’s again a 4.7-inch display with a resolution of 1334 by 750 and the 7 Plus with a 5.5-inch display with a 1080 by 1920 display. Both feature Apple’s 3D Touch features, which is nice, but we’ve seen that on the last generation model. These are both crispy as hell with vivid colors, excellent brightness, and while I’d personally prefer something higher-res, it’s not necessary.

iOS 10 is also a great thing here, but you can easily get that on the last generation. It’s important for sure, but it really doesn’t make the iPhone 7 or 7 Plus better than other iPhones. Definitely a fan of iOS 10 and its expanding feature-set, but don’t let it be a reason to upgrade, if that’s what you want, get a 6s or 6s Plus and call it a day.

One of the biggest disappointments that I’ve seen around the Internet has to be the lack of a major design refresh this yead=r, and the following represents the 7 and 7 Plus. A refresh was expected, but that was part our own fault and part the standard that Apple has set over the last 9 years or so.

Apple also removed the headphone jack this year, which has thrown everyone for a loop. It’s certainly been and will be an adjustment for everyone and while I don’t agree with it, there’s really nothing more we can do aside from pick a different smartphone or stay on the last generation. I hate this decision, but love it or leave it.

We’ve also seen changes with the home button this year. It still features the fingerprint sensor that works fantastic, but it’s now a flat solid-state surface instead of a button, that simulates a click with Apple’s new Taptic engine… and I actually prefer it. Its sensitivity can be adjusted within the settings, but Apple’s Taptic engine makes it a great experience, not only here, but in various aspects of iOS where subtle vibrations nudge your hand based on various actions. It’s by far the best haptic feedback system in a phone. 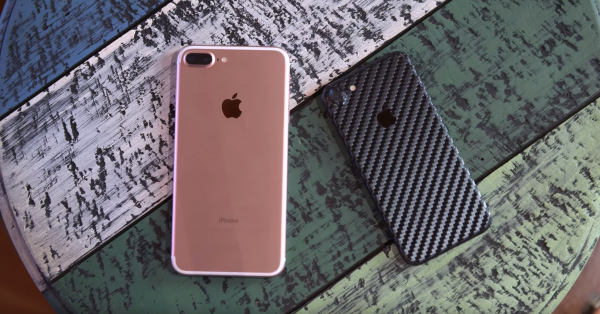 Along with that, we also get stereo speakers this year. The balance is a bit off to my ears as one is behind the earpiece and the other is on the bottom of the device, and while they are nice and loud, but I hope that we get true front-facing speakers next year.

Finally, in the design department, we have two new colors. There’s Black and Jet Black. Unfortunately, Jet Black is VERY prone to scratches. Apple warned us of this and it doesn’t really bother me, but it may bother you. I’ve been using the Jet Black iPhone and it’s a scratch magnet. So if you can’t put up with that, you should probably get the black version.

That or cover it up with a case like the Cloak series from GhostTek. It provides some pretty nice coverage of the phone, color accents which are nice, and even include a tempered glass screen protector. It’s a well-rounded case and you can pick it up for the 7 or 7 Plus for around $25 bucks. If cases aren’t your thing, dbrand has some pretty excellent skins that keep a slim profile while protecting against scratches and you can find both links below if you’re interested, but if you cover up the Jet Black iPhone it kind of defeats the purpose of having it.

Once again, the iPhone and its Plus-size brother have very big differences in the camera department. This year, we have optical image stabilization backing the iPhone 7’s 12-megapixel camera, which is a great addition. But on the 7 Plus, we have the introduction of dual-12-megapixel rear cameras. One is a 2x Zoom lens, which the other is the standard focal length. Combined, we have a great setup around back. What’s even more exciting, is Apple’s new upcoming Portrait Mode, which yields incredible DSLR-like results with burry backgrounds and it’s part of the reason I’d almost choose the 7 Plus over the 7. I’ve taken some pretty amazing photos with the iPhone 7 Plus lately and I’ll link a full gallery below, but hot damn is this feature fire.

These cameras are excellent or as some would say “best in class” I’ve even put together a pretty awesome 4K video camera test which you can find linked below, but there are definitely zero complaints on my end with camera performance on either device.

So after all of this, if you’re still on the fence about Apple’s new iPhones, don’t be. They’re great phones… some of the best released this year, it’s just a matter of whether or not its worth upgrading to from the last generation and that comes on an individual basis. 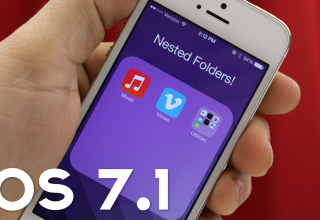