Today we’re comparing the cameras between the LG G6 and iPhone 7 Plus. How does one of the best smartphone cameras out there stack up against LG’s latest and greatest? In this video we’ll check out camera samples, specifications, and software to see which one is the best, and be sure to leave a thumbs up if you’d like to see more videos like this in the future…

First off, let’s talk about what’s going on behind the lens. With the LG G6, we have dual 13-megapixel Sony sensors here and a dual-LED flash. One 71-degree lens with an f1.8 aperture and Optical Image Stabilization and a 125-degree lens sporting an f2.4 aperture. You can easily switch between the two in the camera app as well either by tapping the icons at the top or smoothing zooming in and out between them. Unfortunately, LG did away with laser auto focus on the camera this year, but the phase detection method performs pretty great here anyway. Also, around the front side you’ll find a 5-megapixel shooter with an f2.2 aperture and a nice wide angle lens.

There are several modes available on the G6 within the camera too, most of which are pretty useful. But to keep it simple, we won’t really touch on all of them, but a couple of my favorites. I’m pretty happy to see manual modes for photo and video available here, but that’s something we’ve grown to expect from LG. There’s also a new Square camera mode that works pretty well for instant shot reviews, or even creating a grid shot of multiple photos and videos. There are other modes like Popout for an artistic take on photos, a panoramic mode which is pretty typical, and even a Food mode for those basic Instagram shots. There’s also the ability to shoot 4K video up to 30 frames per second, with adjustable bitrate settings for quality. And we have the option to shoot 16 and 18 by 9 spect ratios for video, which will natively fit the G6’s display if you choose to use the latter.

Moving along to the iPhone 7 Plus, we also have a dual-camera setup, but this one is a bit different. On the back you’ll find dual 12-megapixel Sony sensors with a dual-tone LED flash. The main camera sensor sports a 28mm lens with an f1.8 aperture and optical image stabilization, while the secondary camera has a 56mm lens and an f2.8 aperture. You can also swap between the two cameras within the software as well… Around the front we have a 7-megapixel sensor with an f2.2 aperture and a pretty standard 32mm lens.

This feature will provide a DSLR-like depth of field effect which looks pretty fantastic and you get two versions of the photo so you can see the before and after using this mode. The camera modes on the iPhone are pretty basic though and where it arguably falls behind the G6. There’s the standard photo mode and a video option that will shoot up to 4K resolution at 30 frames per second, and a square mode perfect for those on-point Instagram shots, and of course a Panoramic mode, but what the iPhone 7 and 7 Plus software lacks is customization. There are no manual modes here at all, which isn’t important to everyone, but they make a difference if you know what you’re doing.

Anyway enough talking about the two, let’s dive into some camera samples, check out the above video for samples!

So that about wraps it up for the iPhone 7 Plus and LG G6 camera shootout. Which camera do you think is the best? Personally, I prefer the additional camera modes and wide-angle lens on the G6, but that Portrait mode on the iPhone is straight fire. Drop a comment below and give me your thoughts and be sure to check back to catch my full review of the LG G6 in the near future. 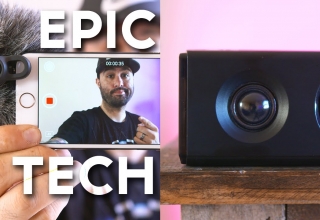 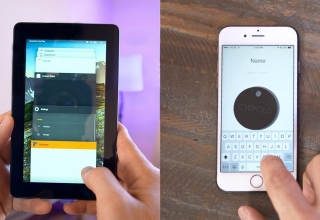