The list is comprised of 27 new parts, 14 of which appear to be new Mac hardware, while the other 13 are listed as “stand alone kits.”  The 14 new mac models set to arrive next week could mean that Apple is planning to upgrade an unusually large amount of it’s computers at once.  Currently, among their five product lineups (MacBook Air, MacBook Pro, Mac mini, iMac and Mac Pro)there is a total of 20 different models listed in Apple’s store not including their built to order options.

The anonymous person who sent the information to AppleInsider indicated that Apple appears to be shipping a large amount of stock to retailers in Australia for the supposed launch next week. 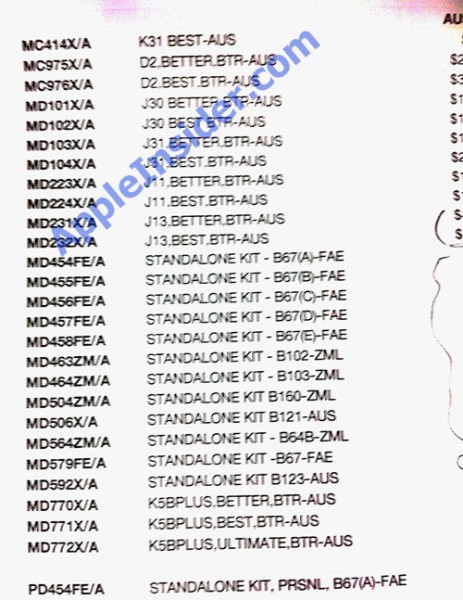 AppleInsider was also provided with Australian Good and Service Tax numbers for the part numbers, allowing for educated guesses on what each part number could be. 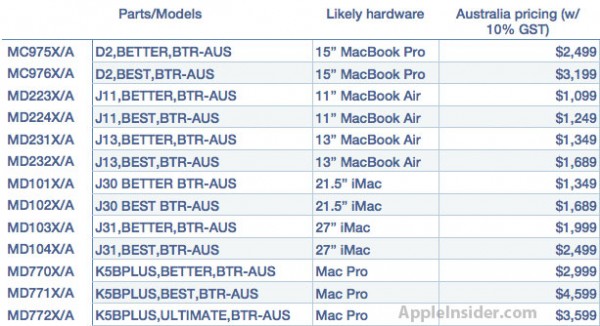 Apple is expected to upgrade the 15 inch Macbook Pros before the 13 and 17 inch models are upgraded with higher resolution and thinner designs. The parts listed as “K5BPLUS” are believed to be new Mac Pro Desktops. Rumors swirling around as of late  have suggested that Apple’s desktop will be receiving an update even though there have been reports that Apple execs have been questioning the future of their desktop.

Apple is expected to unveil several new products at their WWDC 2012 keynote, which is set to take place next Monday June 11th at 10 A.M. Pacific Standard Time.

Stay tuned as we will be delivering news and stories on all the hot topics that took place at WWDC 2012. Check back Monday for coverage on Apple’s keynote from the conference.