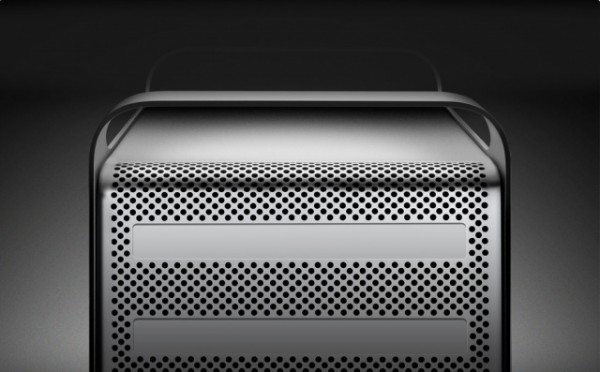 WWDC is coming up next week and Apple is rumored to be refreshing almost all of their Macs. Just days ahead of the rumored launch, some specs for the new Mac Pro have apparently leaked to the public…

Apple’s Mac Pro line hasn’t been refreshed in two years so needless to say, it’s due for an update. Citing sources from “field experts” that have spoken with industry sources, M.I.C. Gadget has all the details on this new Mac Pro.

M.I.C. Gadget has the story:

Here is the official word: SATA III/SAS connectivity is now native, which is always good for solid state drives. We expect Apple to be offering solid state drives as they are now, but with the fact being, that the SATA II is no longer a bottleneck. For boot drives, very good news, at 6GB/s.

Expect PCIE3 to be native as well. For your RAID arrays, video cards (professional or otherwise) this will be better than PCIE2 for scaling, though not better for performance in all cases. Also expect up to 40 lanes per socket, rather than the usual 36 of the previous generation.

Updates to the new Mac Pro also include Thunderbolt, USB 3.0 and Intel Xeon E5 series processors. Check out the screenshot comparison of the new Mac Pro vs the old model.

According to M.I.C. Gadget, the rumored refresh will also allow for up to 25% more memory with 8 physical memory slots. Better performance… Count me in!

The memory will also be updated from 1333mhz to 1600 mhz. Apple won’t be using Intel’s new Ivy Bridge processors in the updated Mac Pro because they can’t handle the high voltage the machine outputs. This Mac Pro could be a mean machine…

What do you think of these rumored specs?