Dell Says The iPad is Too “Shiny” For Business 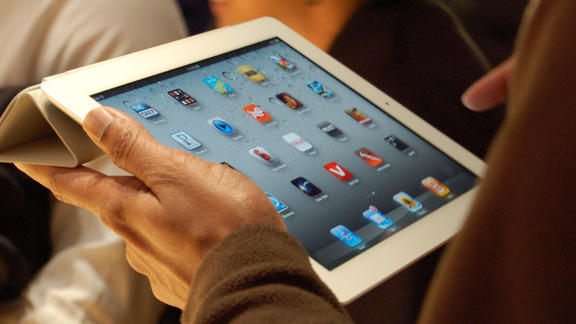 In a recent report released by the Australian Financial Review Dell’s Australian Managing Director Joe Kreme said that users only buy iPads because they’re “shiny” and that the race for the tablet market hasn’t even begun yet.

This isn’t the first time a Dell Executive has trashed the iPad publicly. Back in March during the launch of the New iPad Dell COO Steve Felice took the opportunity to publicly state that Apple’s Tablet’s shouldn’t be considered business worthy. Felice’s statements were a little closer to the truth than Kreme’s. Nevertheless, I find it difficult to take Kreme’s statements seriously as they sound closer to delusional than factual.

His recent comments about the iPad were made at a recent media event in Sydney, Australia:

People might be attracted to some of these shiny devices but technology departments can’t afford to support them.

If you are giving a presentation and something fails on the software side it might take four days to get it up and running again. I don’t think this race has been run yet.

Kreme’s remarks show that he is just trying to stir up media attention and pump up shareholders, as his lack of research done on the demographics of iPad’s in business is very apparent. The notion that IT can’t afford to support them is ridiculous.

During his speech Kreme didn’t seem inclined to mention the failure of Dell’s Android-based 5 an d 7 inch tablets or that Dell was forced to discontinue it’s Netbook offering because the iPad killed any demand for them. Now Dell has jumped on the bandwagon and is praising Windows 8 Tablet as the next iPad slayers in business.

While it isn’t yet clear what kind of affect the Windows 8 and Windows RT will have on the tablet market, the sheer momentum of the iPad in terms of market penetration will make it difficult to challenge.

One thing is clear though. If Joe Kreme thinks that the race for the business tablet market hasn’t even begun then he is sadly mistaken.

Source: Australian Financial Review via The Next Web Insider