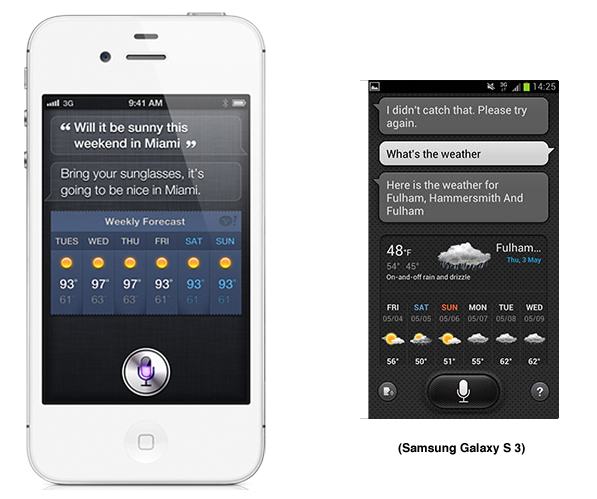 Last month Samsung revealed their Galaxy S III with a very familiar feature they’re calling “S Voice.” This feature is very similar to the iPhone 4S exclusive Siri personal assistant. Well Apple of course caught on and is now out to ban the Galaxy S III from launching…

According to an update from Engadget, Apple isn’t very fond of “S Voice” and has a scheduled court date for June 7th.Things could get very sticky for Samsung if the court lets this happen.

[Apple is] arguing that the rumored nine million pre-orders (still unconfirmed) are evidence of the potential damage if the US court lets the dispute slide.

Samsung says that this little hiccup won’t disrupt their pre-order sales and US launch. Apple says Samsung violates two of their patents including a unified search patent that covers Siri, and a data tapping patent. Samsung seems to be confident this won’t have an impact on their launch, but if they’re wrong there will be a rumored 9 million unhappy pre-order customers.

Check out the image above.

Does “S Voice” seem like a Siri ripoff to you?