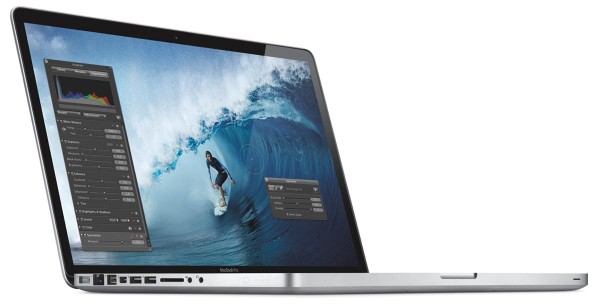 I constantly wonder as to why everyone expect so much from Apple product refreshes. They’ve always maintained a consistent pattern throughout many of their refreshes over the years. The MacBook is no different. While employing major upgrades every now and then, Apple for the most part, has merely kept up with technology over the years.

In light of recent “leaked” hardware specifications for the 13-inch MacBook Pro, many people seem disgruntled and unenthusiastic about the upcoming refresh. If these specifications are true, this update will be no surprise to me. Let me tell you why.

Apple used to be in the habit of releasing two refreshed MacBooks a year to keep up with changing technology. Over the years Apple has had mid, early, and late-year revisions of their MacBook line. I’m going to bounce around throughout the MacBook upgrades Apple made, and what I feel was a substantial refresh.

The Original MacBook Pro – A Major upgrade from the PowerBook G4

The original 15-inch MacBook Pro was announced on January 10th, 2006 at the Macworld conference in San Fransisco. This new MacBook kept the same design as it’s predecessor, the PowerBook. Instead of any major design changes, Apple chose to implement Intel chips in these original MacBooks instead of the traditional “G” series / PowerPC G4 chips as we’d been used to. The overall design change from the PowerBook G4 was marginal. The original MacBook was a mere 0.25 cm thinner. The added an iSight camera, and implemented the now popular MagSafe power adapters. Then in April 2006, Apple released the 176-inch model. That’s pretty much it…

In October 2006, Apple refreshed the MacBook line with more marginal upgrades. Keeping up with changing technology, Apple switched out the processors with Intel Core 2 Duo processors, and FireWire 800 was added.

Over the next couple years Apple made slight hardware modifications to the MacBook Pro line including, video cards, memory upgrades, hard drive space, etc… Though these changes definitely increase the speed and productivity of the MacBook Pro, overall there was nothing major changed. The most notable of upgrades was the inclusion of a back-lit display, and updates in the speed department.

A Thinner MacBook – The MacBook Air

Within the same year (October 2008) Apple also announced a new MacBook that featured a “precision aluminum unibody enclosure” with design tips taken from the MacBook Air. Multi-Touch features were brought over from the MacBook Air, and for the first time we saw a major design and hardware overhaul in the MacBook Pro department. Components were rearranged, processors got a significant bump in speed, technology was becoming cheaper and Apple took full advantage of it. Hard drive space and memory were increased to a record high for the MacBook line and video cards got a major upgrade adding the Nvidia GeForce 9600M GT with either 256 / 512 MB of dedicated memory, and the GeForce 9400M with 256 MB of shared memory. The battery also had a major design change, ridding the MacBook of a removable battery and enclosing it beneath the MacBooks Unibody structure. The trackpad was enlarged and modified for maximum usuability. And on January 6th, 2009, the original MacBook body was discontinued with the release of Apple’s 17-inch Unibody design.

Several months later at WWDC on June 8th, 2009, Apple announced the 13-inch unibody MacBook would be upgraded and re-branded as a MacBook Pro. All of the mid-2009 models had a better quality screen with about 60% better color gamut, FireWire 800 became a standard across all the MacBook Pros, and they all but the 17-inch model received an SD card slot.

The next update for the MacBook Pro line with in April 2010, when the Intel Core i5 and i7 made its way into Apple’s MacBook Pro line. Other than that, there were only small upgrades in every other area. The 2010 line also came complete with automatic graphics switching, which saved battery life and kept the MacBook running optimally when “enhanced graphics” weren’t necessary. Don’t get me wrong, these upgrades significantly increase the MacBook’s performance but I’m speaking from a “we want a completely redesigned and better MacBook” standpoint.

In February 2011, Thunderbolt technology was implemented (which still hasn’t really taken off yet…) and again, the processors were upgraded to Intels next-in-line, dual-core i5/i7 (13-inch models) and quad-core i5/i7 (15/17-inch models) Sandy Bridge processors. Oh and an “HD” Facetime camera.

Apple has always been criticized for “withholding” features from the MacBook line. Most other laptops comparable in price include Blu-Ray drives, HDMI output, Touch-Panel displays, etc… But overall Apple’s just been keeping up with technology in what already is and always has been a very reliable computer.

With all this history explained, it gives me great reason to think that those “leaked” specifications for the 13-inch MacBook Pro could be 100% true. Again, Apple is keeping up with technology. Why does everyone expect major and crazy design changes on something that “just works?” I can also see this from a consumers standpoint. To most people that don’t understand the internal components of a computer, don’t care about what new processor is inside their MacBook and would just like to see a major visual change. That’s understandable. But truth of the matter is, if it’s not broken (or outdated in Apple’s case) why fix it?

I guess we’ll find out more during WWDC next week when Apple is rumored to unveil the new MacBook line. I was going to rant about the iPhones “every-other-year” upgrade pattern but I seem to have included quite a bit to read here already.

What do you think about all of this? Should Apple be required to floor consumers with every refresh or is keeping up with current technology good enough? I have trouble with this question myself. Personally I see a new MacBook with a better processor, more RAM, and USB 3.0 to be a perfect refresh. I may not jump all over the upgrade, but it’s a suitable refresh. I’m certainly not saying a major refresh is out of the picture, but that we shouldn’t expect a completely redesigned MacBook Pro every other year or so. Keeping the MacBook on top of the laptop biz is plenty to keep me coming back.

Apple only makes major changes when the technology is readily available, and it’s necessary to outperform their competitors. They provide the most reliable computers you’ll ever use and that’s more fact than just my opinion. You may be able to buy a laptop much cheaper than a MacBook Pro with more features, but will it “just work” like a MacBook? Probably not.

Leave your comments below.