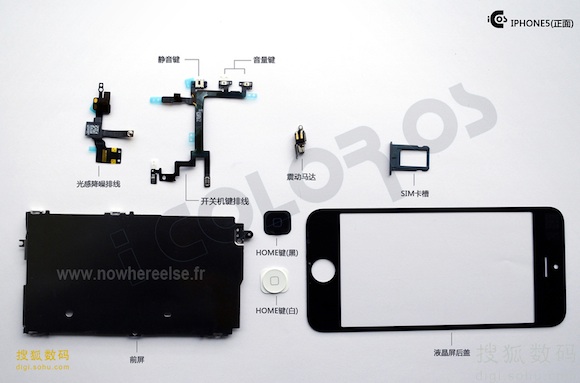 If you thought we had already seen the end of leaked iPhone 5 photos, you may be upset. If not, there’s a couple more you should take a gander at at…

These new photos from Nowhereelse.fr show most everything we’ve already seen already with the addition of the protective cover that attaches to the back of the new iPhone’s larger screen. All of these pictures are rumors until the new iPhone actually releases but I think it’s safe to say they’re probably correct. 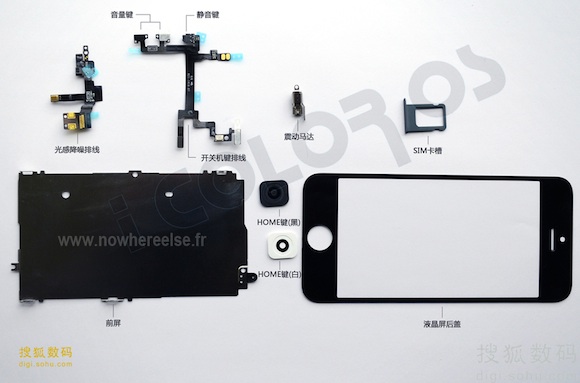 We’ve seen one too many leaked photos showcasing the same parts for these to be off the mark from what will be released in September or possibly October.

The parts shown above appear to be the front panel, home button, flex cables, SIM card tray, the devices senors, and some external buttons and switches.

Is anyone really shocked by these photos?

Probably not, but they’re sure interesting to look at.