[Rumor] Comparison Of Parts Between The New iPhone And Previous Models 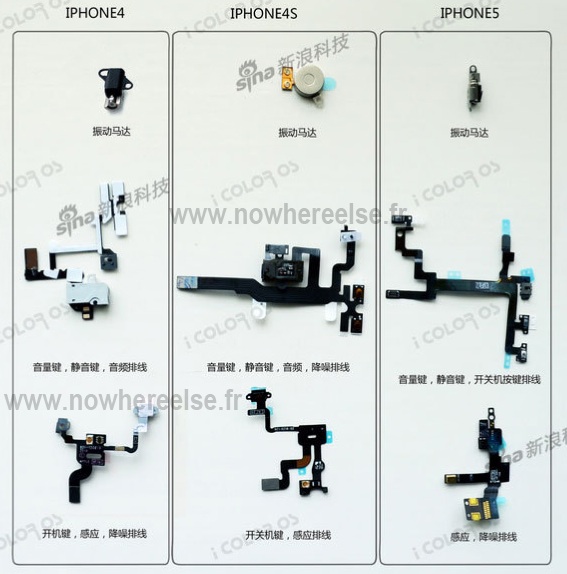 Another day another leak right? The latest string of photos showcase other leaked internal parts. A new comparison shot has been stitched together showing the difference between these new parts and previous models…

In these pictures you can clearly see the front and back of the recent parts we’ve shown you leaked from Nowhereelse.fr. The parts are broken down by model and compare them between the iPhone 4, iPhone 4S, and the purported iPhone 5. If you want to be technical about the name, the New iPhone. 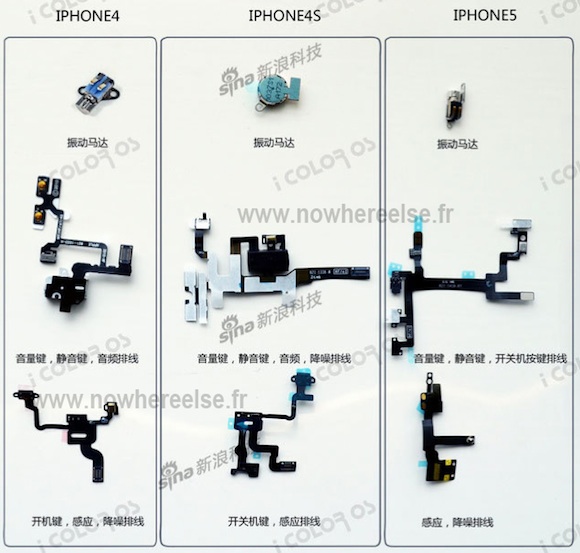 Apple’s flex cable designs have also continued to evolve through the generations, with the company tending to group components on cables by function and physical proximity. With the move of the headphone jack to the bottom of the device and tweaks to the camera and sensor arrangements, it appears that Apple has in some respects been able to simplify its cable designs.

This comparison show definitely shows the minor tweaks and differences between the alleged new iPhone and the previous / current models. Are you buying into all the hype from these new parts? I don’t know about you, but I think Apple intentionally leaks these parts.