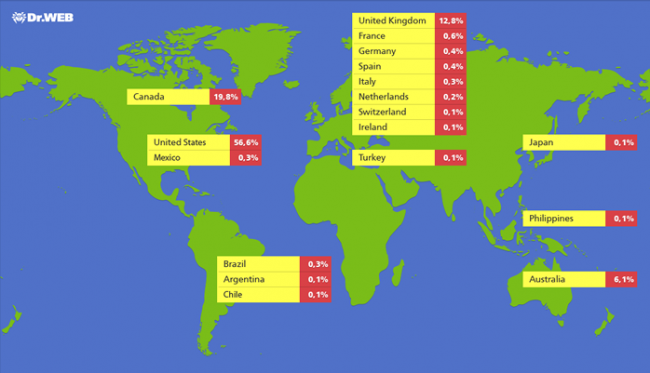 I know what you thinking, Macs can’t get viruses right? Well, while mostly that’s true, there have been a few over time that have slipped through the cracks. This latest Trojan really took the world by storm. Literally.

A trojan horse virus named “Flashback” that surfaced last year is believed to have created a botnet including more than 600,000 infected Macs around the world, with more than half of them in the U.S. alone.

That’s a lot of infected Macs! Apple‘s strong defense against the virus world is a big reason why many turn to Macs. Let’s just hope this isn’t an ongoing issue.

Russian antivirus company Dr. Web released a report Wednesday stating that 550,000 computers running OS X had been infected by the virus. The company later issued a statement saying that upwards of 600,000 users have now been infected with the virus.

A whopping 56.6 percent of those computers are located in the U.S. Canada came next ranking in at 19.8 percent, followed by the U.K. with 12.8 percent if the infected computers.

Since the infection’s spread, Apple has issued a Java Security update which patches the exploit that the Trojan was taking advantage of. So make sure you update right now if you haven’t recently. 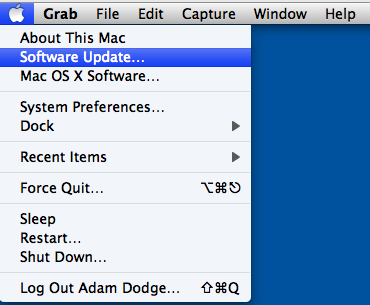 Furthermore, if you’ve been infected Researchers F-Secure have provided instructions here on how to detect and rid yourself of the malware.

Here’s a summary and possible symptom information, as noted by F-Secure,

If infection is successful, the malware will modify the contents of certain webpages displayed by web browsers; the specific webpages targeted and changes made are determined based on configuration information retrieved by the malware from a remote server.

So make sure you update your Mac if you haven’t recently! And if you’ve noticed something fishy on your system, please visit the link above to learn how to get rid of this nasty virus.

If your looking for a good way to stay safe from most Viruses and Malware that could infect your Mac in the future, I highly recommend Protecting your Mac with MacKeeper

Anyone get infected by this?