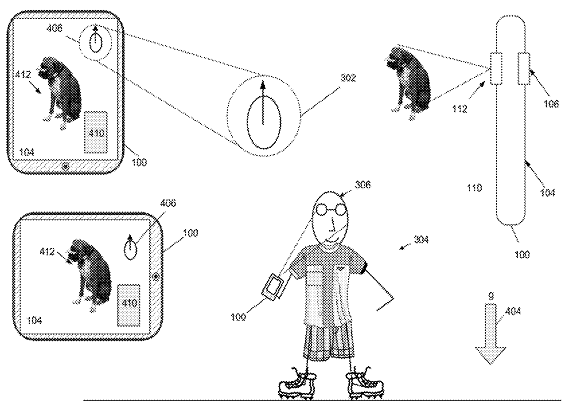 As of now, Apple‘s front-facing iPhone camera is really only good for FaceTime. And without Jailbreak, that’s only as good as the WiFi network you may or may not be connected to. But it’s looking like Apple is investigating new ways to take advantage of the front camera. Possibly adding some more purpose to it’s life by adding customization features, unlocking, and interaction, using your face!

Apple’s no stranger to Face Detection. In fact, they’ve been working on different methods for things like this since 2010.

Just this week, AppleInsider has discovered a new patent which may take face detection to a different level. The new patent application is called, “Electronic Device Operation Adjustment Based on Face Detection.” According to AppleInsider the patent describes

“using a forward facing camera on a device to recognize individual users and also track the orientation of their face with respect to the device.”

The application describes a system that could scan and detect a specific user’s face, and then unlock the device after the person has been recognized. If the user cannot be identified by the system, they would then be presented with the option of entering a security code to unlock the iPhone or iPad.

according to the Patent application, “If the detected human face is recognized… an operation of the (device) can be modified based upon the recognized human face,” “The modification can include executing a pre-defined set of operations such as opening email, opening text messages, and so forth.”

The patent also describes devices automatically adjusting images on the screen based on the orientation of a face.

So you could basically lock your iPhone, Sleep your MacBook, or whatever device this is implemented in simply using your face. Presumably if the device doesn’t detect any face within a given amount of time, the device will sleep itself assuming it’s not currently in use.

This patent application was just made public this week, but was filed with the U.S. Patent and Trademark Office in September of 2010.

You can check out the full patent application here.

What do you think about this idea?