Apple to Use WiFi Power to Charge Devices on Store Shelves? 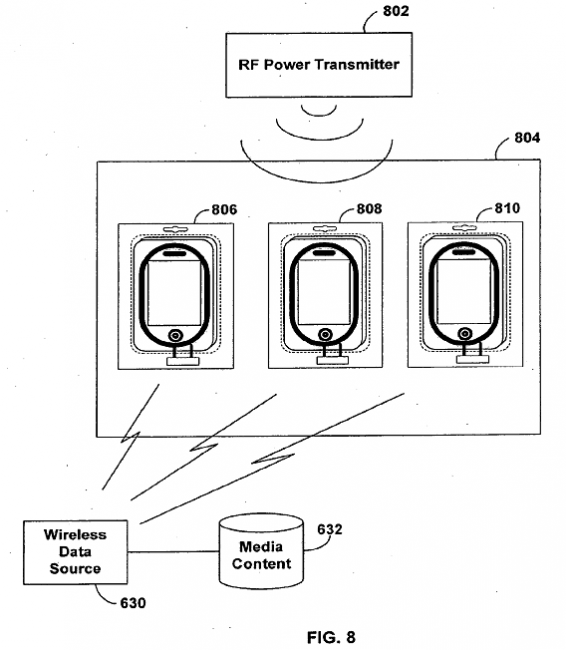 Wouldn’t it be great if when connected to a WiFi network, you could charge your iPhone or iPad? Well that may be possible at some point. AppleInsider points to a new patent they discovered this week involving wirelessly charging devices on shelves at Apple Stores.

“Active Electronic Media Packaging.” is the name of the patent describing a device packaging that would allow a device to show off features and functionality while being cahrged through a type of “active packaging”.

This sounds like something Apple would come up with. What would be even better is Apple implementing this technology right into the device.

“Although typical packaging for an electronic media device may be designed to adequately protect the device from shock or damage, the packaging is extremely limited in other respects,” the filing reads.

This would also possibly allow Apple to market and sell some type of wireless RF power transmitter, to allow you to use your original update “active” packaging to wirelessly charge your device at home as well. That would be incredible if it was implemented somehow in a future release.

This would also allow Apple to push software and firmware updates while the device is still sealed in the package.

According to AppleInsider, the patent application was made public this week by the U.S. Patent and Trademark Office, and was filed back in December of 2011.

You can check out the full patent application here.