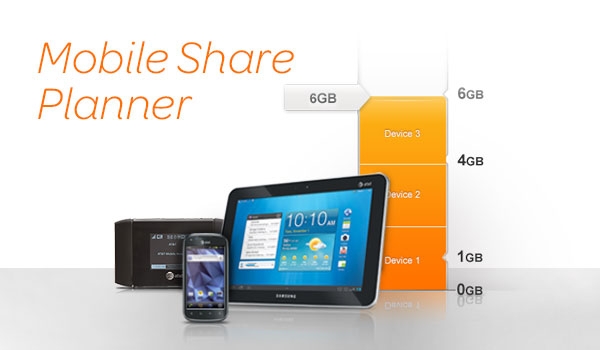 AT&T just announced their brand new Mobile Share plans. The new plans will help save customers money, while providing a wide variety of options for plans of all difference sizes…

After rumors of FaceTime over cellular charges surfaced last month, AT&T was on the hotplate with their data plans. In efforts to cover up any misconceptions about the future of their service, they announced their Mobile Share plans. Well it looks like those are coming soon.

These new plans are very similar to Verizon’s Share Everything plans. AT&T hopes to hook customers with unlimited talk and text along with tiered data plans. Though it’s notable that unlike Verizon, AT&T will still continue to offer their regular plans to new customers.

The plans are listed below. 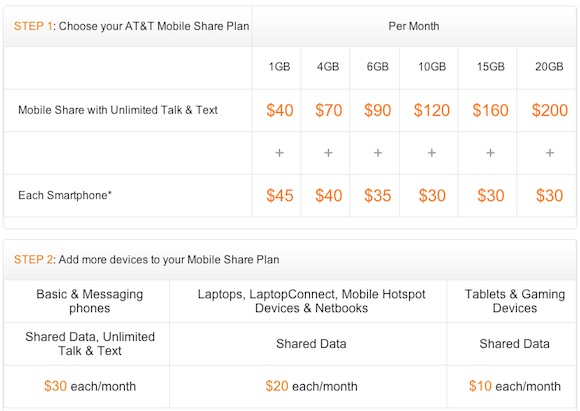 Update: Apparently if you’d like to use FaceTime over cellular, you’re going to have to be on one of these new plans. Otherwise the new “native” iOS 6 feature will not be available unless you’re connected to WiFi.