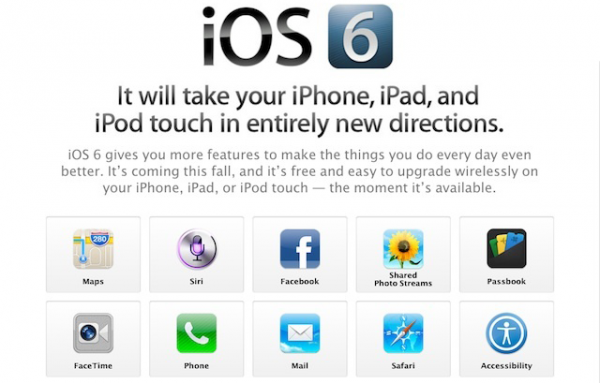 Apple’s latest and greatest beta version of iOS 6 has hit the streets. If you’re  developer, head on over to the Apple Developer page and download the update or update over the air…

There doesn’t seem to be anything different in iOS 6 beta 4 (build 10A5376e) but we’ll keep an eye on it and be sure to update you with anything new. As of now it just seems to be typical “bug fixes.” Oh yea… and they removed a very important app…

YouTube has been removed from the latest beta of iOS 6. Apple has given an official statement on the missing app as well:

“Our license to include the YouTube app in iOS has ended, customers can use YouTube in the Safari browser and Google is working on a new YouTube app to be on the App Store.”

YouTube has been on iOS since 2007 so it’s quite a shock that it’s gone now. In all honestly though, I think the YouTube app completely sucked. I prefer the mobile web interface over the pre-installed app. Hopefully Google will provide us iOS users with a better replacement.

If you happen to see anything else we don’t, feel free to drop a comment below and let us know! We’re hoping to see iOS 6 debut in a month or two.