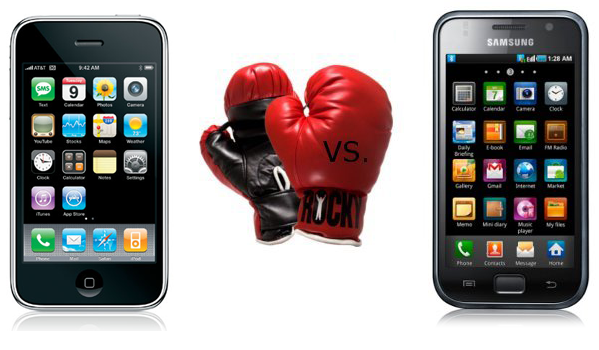 Reuters reports on the beginning developments in the case, including the opening statement from Apple on how Samsung has deliberately copied the iPhone over the years:

Apple attorney Harold McElhinny started off by showing slides that featured old Samsung phones from 2006 and compared it to the Korean company’s newer smartphones from 2010.

The key question, McElhinny said, would be how Samsung moved from the old phones to “these phones.”

“As we all know it is easier to copy than to innovate,” he told the court. “Apple had already taken the risks.”

What is Apple’s attorney is referring to? Check out the nice picture below. 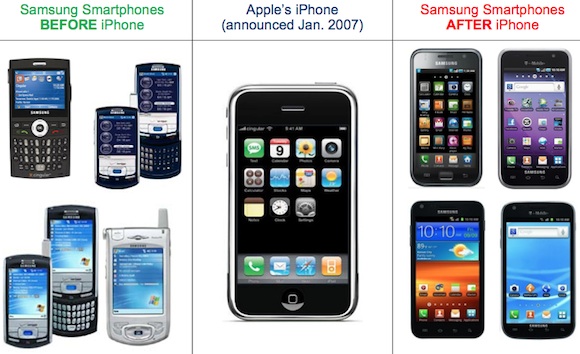 There’s really no arguing that Samsung made a shift towards iPhone-styled designs. Their smartphones prior to the iPhone looked… well… dull… No offense Samsung but you’re completely guilty here. You could put iOS on the top phones on the right and almost pass them off as iPhones.

Leading into the opening statement, McElhinny showed internal Samsung documents with a detail product analysis stating that the iPhone would be “easy to copy.”

Reuters has the story:

McElhinny showed jurors an internal Samsung product analysis which said the iPhone’s hardware was “easy to copy.” Another document prepared by a Samsung executive said the company was in a “crisis of design” due to the iPhone.

Samsung has s pretty extensive track record of copying Apple products. If you’re curious to see some other sad and blatant copies, check out my run-down on Shamesung.