[Rumor] Is Apple Launching A Dedicated Podcast App With iOS 6 This Fall? 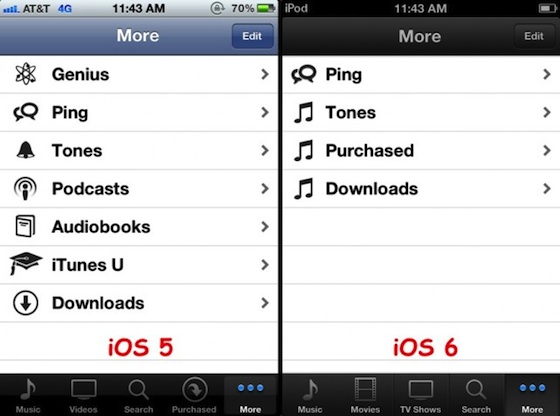 iOS 6 beta was recently released and it seems like every developer with an iOS device is digging through and pointing out new features. Notably, one feature is missing. Seems like Apple has done away with the “Podcast” section in iTunes…

MacRumors points to a report from AllThingsD stating Apple is set to release a standalone Podcast app with iOS 6. Apparently the section has been completely removed from iTunes along with iTunes U, and Audio Books as noted by AppAdvice.

So why have podcasts disappeared from the new version of iTunes that Apple started showing to developers this week?

Because Apple plans on giving the recordings their own bit of digital turf.

People familiar with Apple’s plans tell me that when its new iOS 6 software becomes widely available this fall, podcasts will have their own app, where users will be able to discover, download and play them on mobile devices. Users who access iTunes via laptop and desktop machines will still find them in that version of iTunes, though.

Podcasts have been a long-term thing for Apple and I highly doubt they would do away with them. It’s also notable that iTunes U was recently launched as a standalone app in the App Store. Since Podcasts and iTunes U are reportedly gone in the iTunes app on iOS 6 beta, that definitely weighs in favor of a breakaway app.