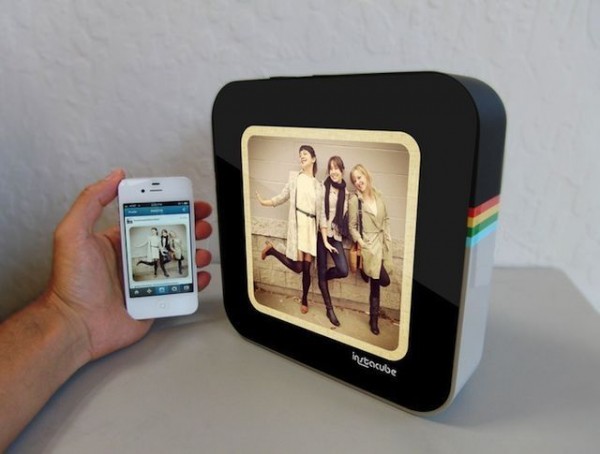 Everyone loves Instagram right? Well everyone but Twitter. I sure do though. Well there’s a new Kickstarter project that will literally put your Instagram photos in your living room…

Instacube is a new creation that honestly looks amazing. It has a real shut-up-and-take-my-money factor and almost seems too good to be true. The new invention is a cube that, wait for it, displays Instagram photos. Brilliant right?

It’s equip with a touchscreen and even some buttons. But enough of me explain it, let the experts tell you how awesome this is in their Kickstarter video.

This is pretty epic. I mean I know it’s somewhat a novelty but I love that aspect about it. Instacube displays Instagram photos at their native resolution of 600×600.

So far this project is halfway to it’s quarter million dollar goal, but it needs your help. If you think Instacube is as awesome as I do, consider backing the project on Kickstarter and making this a reality. You can secure an Instacube of your own for only $99! I know, a steal right?

Only this is, you’ll be waiting a while for it. It has an estimated delivery of March 2013. Hopefully Facebook doesn’t ruin Instagram by then.

Oh, and you can find me on Instagram under the username macmixing.