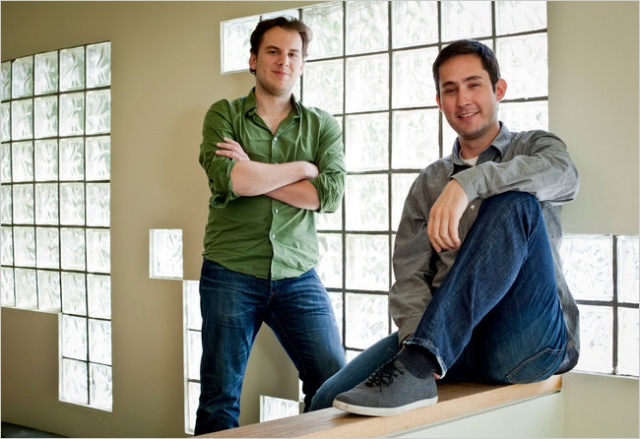 Instagram Co-Founders Kevin Systrom and Mike Kreiger made a lot of cheddar today. Earlier this morning the New York Times announced in a report that Social Media giant Facebook bought Instagram for $1 billion.  Not a bad payday for a mobile app that has only been in the app store for two years. So how does all this moolah break down between the parties concerned?

Well according to Wired:

CEO Systrom owns 40 percent of Instagram, according to a source close to the company, who provided Wired with figures from 2011. That will net Systrom $400 million to take home as a result of the deal. Co-founder Mike Krieger holds about a 10 percent stake, and will net around $100 million. Benchmark Capital, the venture capital firm which led Instagram’s Series A funding round in 2011, has about an 18 percent stake, netting roughly $180 million from the deal. Andreessen Horowitz and Baseline Ventures, two investment firms backing Instagram, each have about a 10 percent stake, netting just under $100 million apiece.

Also, Instagram has 13 full-time employees that will split a $100 million pool, with employees receiving larger portions based on seniority. From full time employee to multimillionaire, not a bad gig.