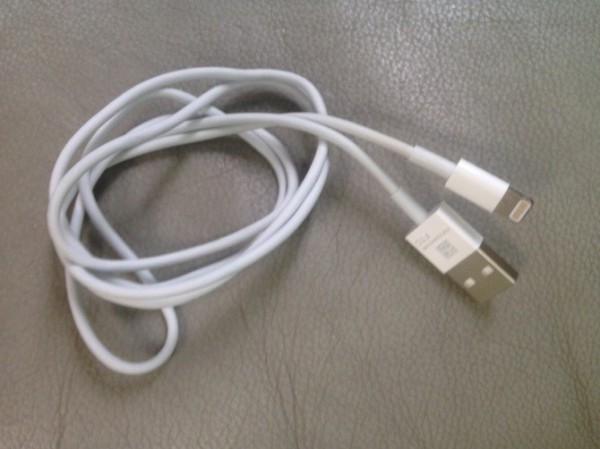 Just so you know, I will always preface the title with “rumor” up until there’s an actual release. Regardless of if I fully believe it or not, a new leaked iPhone sync cable picture has surfaced…

Don’t get me wrong, I’m totally all in with these iPhone rumors, this cable certainly seems like the real deal. The new photo was tweeted out by USB cable specialist Veister via iLounge.

Here’s what iLounge had to say about it:

The cable appears to be highly similar to past Apple cables, with a full-sized USB plug on one end and what appears to be Apple’s newly shrunken 8-pin connector on the other.

It’s unclear whether the part shown is a replacement cable or a genuine Apple part with pre-production markings.

Nothing much has changed here except, well, the end that plugs into an iPhone. This new cable will obviously ship with future iOS devices. What do you think about it? I’m a little uneasy about such a big change in accessories, but I think I’ll live.

The new iPhone is expected to release in September.

Check out my leaked archive of Apple goodies.