Would you be surprised to know that Apple actually holds a patent for a touch screen iMac? They have it all figured out already, and it’s actually from back in 2010. Though we may not see that concept materialize anytime soon, we do always have dreamers and designers; like the one who put together this awesome iMac Touch video.

Check out the patent inside… 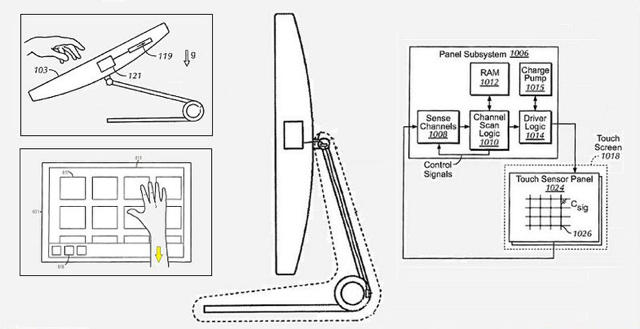 The patent found here, describes a touchscreen iMac with a swiveling display that rotates into a  horizontal configuration for a touch capabilities. A built-in accelerometer that could automatically determine the display’s orientation and change the interface accordingly or even possible swtich from OS X to iOS.

This would be pretty cool in my opinion. There was also a similar concept video that emerged with a product called the MacBook Touch found here. But as we told you earlier today, Tim Cook denies any “converging” of iOS and OS X or iPad and Macs. Though many different features of Mac are inspired now from iOS, I don’t think they will merge. But we can always dream! I’d take an iMac Touch in a second! Please Apple?