Why the iPad Will Never Replace the MacBook 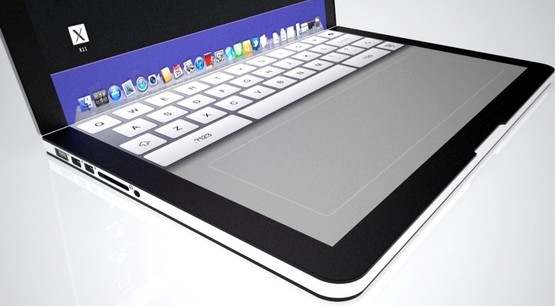 Over the past couple years there has been a lot of talk on whether one day our world will be completely driven by tablets. The iPad is one of the most popular tablets on the market and lately it seems like Apple has been trying to blur the line between tablet and computer…

The main thing you have to consider here is that you’ll never have one product that suits everyone. Meaning some people still need optical drives, a mouse, or something more tangible they can sit at a desk and use. With the release of Mountain Lion nearing, we’re beginning to see many iOS inspired features implemented into the core of the operating system.

Don’t get worried about these features. These features are simply to make your life more ‘synced’. Simple as that. Apple isn’t merging features to eventually flip a switch on OS X, they just want to simplify and connect your content and resources.

During Apple’s Quarterly earnings conference call,  Apple CEO Tim Cook address this worry specifically. He began to talk about the upcoming release of Windows 8 and how it’s streamlined to work great with both tablets and PC’s, but ultimately thinks this will be a major downfall. Windows 8 will not be the key to unite the two worlds.

In response to a question from Citigroup’s Richard Gardner, Tim Cook referenced Windows 8 attempt to merge the worlds and compared it to a toaster-refrigerator convergence that would never work. He began to explain that yes, the iPad and MacBook could converge, but it would never work and meet the needs of everyone. There would be one too many tradeoffs involved for consumers.

Anything can be forced to converge. But the problem is that the products are about tradeoffs. You begin to make tradeoffs to the point where what you have left at the end of the day doesn’t please anyone. You can converge a toaster and a refrigerator, but you know, those things are probably not going to be pleasing to the user.

He goes on to explain the importance of tablets:

Our view is that the tablet market is huge. The iPad has taken off, not only in consumer markets in a meaningful way, but in education and in enterprise, and its sort of everywhere you look now. And ss the ecosystem gets better and better and as we double down on making great products, I think the limit here is nowhere in sight.

Then he specifically states Apple has no interest in combining the two:

You wouldn’t want to put these things together because you end up compromising in both and not pleasing either user. Some people will prefer to own both, and that’s great too. But to make the compromise of convergence, we’re not going to that party.

Honestly, I agree. There really would be way too many tradeoffs involved with a permanent merge of the two. I can definitely see a hybrid coming out at some poit like the “MacBook Touch” we showed you a while back. I’m also confident that we’ll see universal apps between the two at some point as well. But rest assure, the iPad will never replace the MacBook.