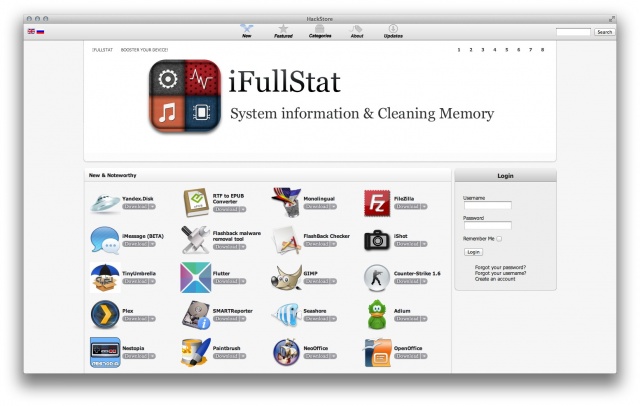 Have you ever wondered where all the misfit Mac apps go? (Misfits according to Apple’s approval…) There are hundreds of apps that are not approved for the Mac App Store, but where do they go? Where do you find cool tweaks to help you get the most out of your Mac? The HackStore, that’s where…

Yup that’s right, there’s a new App Store ready to take you Mac to another level. The HackStore is now available for download and already has some frresh content. You can actually submit your app for distribution through the HackStore as well!

According to project leader Andrey Fedotov,

”I was inspired by Cydia and App Store, but I didnt like the limits of the Mac App Store. Since December, my team and I did a lot of work to make our app better. And now we are glad to present the HackStore to everyone! We are always open to all new suggestions and questions!”

So go check it out. If you have a Mac and want different apps and tweaks, the HackStore is right up your alley. Though the name is rather scary, no actual hacking will happen to your computer…

The HackStore will be updated regularly, and Growl will be used to deliver notifications. It’s also important to note that the HackStore does not promote piracy, which is great! The new store has a “No piracy apps here, forever and ever,” policy.  So don’t expect to get a whole bunch of paid apps for free here.