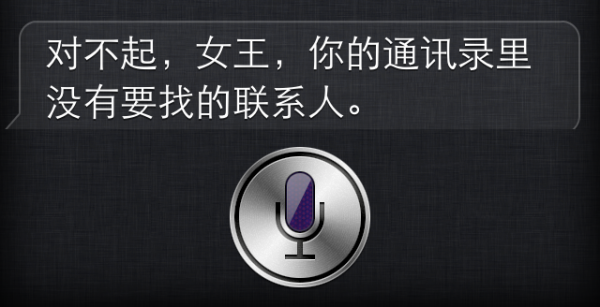 Apple can’t get a break. Another Chinese company has recently filed a patent lawsuit against Apple involving Siri, for infringing on a voice assistant service they own …

First Apple settles with Proview over the iPad trademark dispute, then a Chinese chemical company sues them over Snow Leopard, and now this. There has been much trouble for Apple in China lately.

Reported by NASDAQ, The Next Web points to a story about Chinese company Zhi Zhen Internet Technology holds a patent for a voice recognition system used in their Xiao Bot service. The company claims to have issued complaints to Apple back in May.

A spokesperson for the company also noted that they had filed for this patent way back in 2004. As I mentioned, the company has filed the patent lawsuit, and is willing to take this as far as it needs to go. They claim Apple infringes on their patent and they will stop at nothing to prevent this from happening.

Update: Check out this video… Damn that looks a lot like Siri… If the company is legitimate with their claims, this could mean bad things for Siri and Apple. According to M.I.C. Gadget, Zhi Zhen doesn’t even have a problem with Siri, but the description (which has now been removed) of Siri on Apple’s website.

There’s no way to tell if Apple is in the wrong here (as of now), but either way they’re in some hot water in China right about now.

We’ll have to wait and see how this one plays out.

Am I the only one tired of all these lawsuits?