The New iPhone’s Two-Toned Design Is Necessary For Functionality 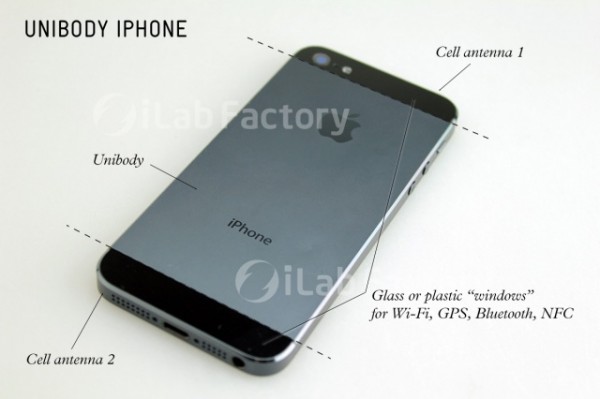 With all of the leaked pictures available for the next-generation iPhone, we may know what it looks like by now. But Why did Apple choose this design? Admittedly I wasn’t a huge fan of the two-toned backplate, but it has definitely grown on me…

While we don’t know for sure if the new iPhone will look like this, if it pans out this way there’s a good reason. The current design is actually adding a helping hand to the built in functionality. The Techblock gives some insight into the new iPhone’s design.

According to Chicago-based industrial designer Don Lehman, the design make a whole lot of sense:

When the iPhone 4 first launched, it was a GSM-only phone, meaning it only worked on cell networks using the GSM standard. (AT&T, yes. Verizon, no.) The GSM iPhone 4 introduced the idea of an external metal-band antenna. It broke into two sections. One section for cell/data reception, and another section for GPS, Wi-Fi, and Bluetooth. This design worked but was also susceptible to a signal degradation if gripped in the wrong spot (aka Antennagate).

When the CDMA version of the iPhone 4 came out in February 2011, the design of the steel bands changed. This design would also carry over to the 4S. The 4S’s steel band is comprised of four pieces of steel: two U-shaped pieces at the top and bottom, and two long, flat pieces on the side. The steel sections don’t actually touch each other — they are separated by a .65mm piece of plastic. The way I understand the 4S cell antenna to work is this: There are two antennas, one at the top U bracket, and one at the bottom U bracket. The flat steel sides are only there to visually continue the metal band all the way around the phone and for structural reinforcement. The GPS, Wi-Fi, and Bluetooth antennas transmit out of the glass backplate.

Long story short, instead of using the entire metal band for antennas like in the 4, the 4S only uses the top and bottom sections as antennas. Since the flat sides don’t contribute to transmitting signal and only help with the structure of the device, it makes sense to make them even more integral to the structure. This is what makes a unibody iPhone possible.

What Lehman goes on to explain is that the top and bottom “strips” are made of Gorilla Glass and act as small windows for the internal antennas. This provides a much more integrated design while avoiding any Antennagate issues.

Interestingly enough, if you look at the 3G or 4G iPads, they too have a small window at the top to transmit signal through. Because the body design is made up completely of aluminum, there must be a way to allow signal to pass through leaving no option but to put a small window at the top (or bottom) and for aesthetic purposes they mimic the other at the bottom (or top). Make sense?

We’ll soon find out what’s what when the new iPhone is released in either September or October. Is everyone as excited as I am about the new iPhone?

Source: The Techblock via Cult of Mac