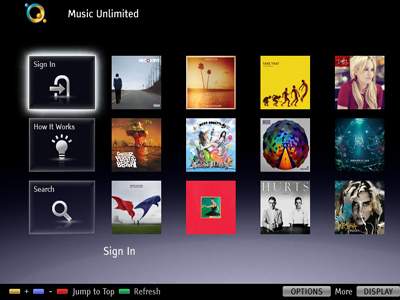 In a presentation given by Sony Entertainment Network’s COO Shaun Layden he confirmed that Music Unlimited would be expanding to iOS in the next few weeks. Layden’s reasoning for bringing Music Unlimited to iOS devices is that Sony want to be on as many devices as there might be people interested.

“We accept that people want what they want, and we are in a position to offer this,” Layden said, also adding that Sony wasn’t about to pull out of the iTunes Store.

While this may be a surprise to some people Sony has been developing apps for iOS devices for quite a while, and in several cases has released both Android and iOS versions at the same time.

Sony could definitely use the expansion as it has to compete with on-demand music services such as Slacker, Mdio, and Spotify.  The primary features that stand out about Sony’s product is that there are two tiers of paid access, one tier leaving it as personalized access radio and the other employing a full cloud option.