Blackberry Get’s Outsold By iPhone In Their Own Backyard 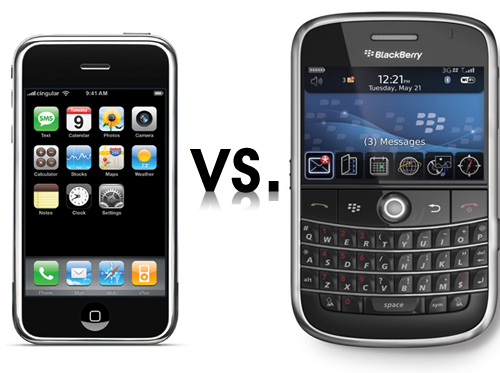 A new collection of data by Bloomberg and IDC has revealed that RIM’s Blackberry is no longer the top selling smartphone in Canada. According to the numbers reported by the two sites Apple walked right into RIM’s backyard in 2011 and sold 2.85 million iPhone’s, while RIM only sold 2.08 million.  This was almost a complete reversal from 2010 when RIM sold almost 500,000 more smartphones than Apple did in Canada.  Whats even more astounding is that back in 2008 when the iPhone 3G was new to Canada RIM sold almost 5 times as many Blackberry phones as Apple sold iPhone’s.

Research In Motion has been continually criticized for being to slow to recognize the threat that the iPhone and other smartphones such as the Android pose to it’s business.  They have also been criticized for insisting that hardware keyboards and corporate deals would keep their business safe.

RIM just recently decided to adopt the touchscreen smartphone model, but their late start to implementing a new operating system means that they won’t truly have a touch-native smartphone OS until sometime later this year.

Research In Motion co-founders Jim Balsillie and Mike Lazaridis stepped down from their positions as co-CEO’s earlier this year leaving former COO Thorsten Heins at the helm.  It looks like Mr. Heins has his work cut out for him if he plans on returning RIM to the powerhouse it once was.