Some Smart Covers Aren’t Compatible With the New iPad 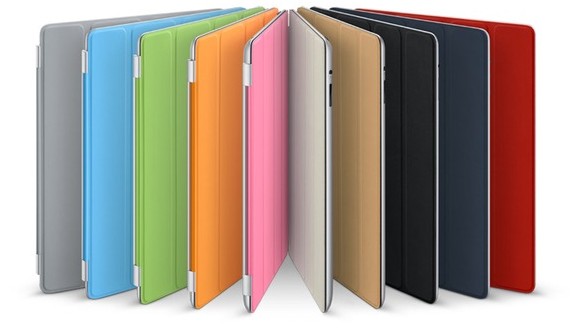 Last week when Apple released the new iPad, it was determined that the all current generation Smart Covers and Smart Cover-Like Cases would be compatible. How could they not be, the new iPad has an identical front bezel when compared to the iPad 2.

Well unfortunately the general consensus was incorrect. According to iLounge the new iPad uses a slightly different magnet system than the iPad 2 does. Which seems to be causing issues with certain Smart Covers and “Smart Cases”.

“One of the two exceptions we noted was magnetic Smart Cover-like cases—ones with lids that were supposed to automatically lock and unlock the iPad’s screen. A small change by Apple means that some of the magnetic lids developed for the iPad 2 continue to work, while others don’t…

Contrary to claims that the original iPad Smart Cover (released alongside the iPad 2 in March 2011) doesn’t work or works inconsistently with the new iPad, we’ve tested both leather and plastic versions of that Smart Cover with multiple third-generation iPads, and both work reliably

Reports on Apple’s Support Communities Forum, however, suggest that some people are getting new Smart Covers that aren’t working with new iPads, which is obviously concerning.”

So basically, hold off on buying any cases like this until we have a confirmed fix. Similarly some people jumped the gun and bought form-fitting iPad 2 shells that didn’t end up fitting the new iPad. I too was guilty of this and ended up cracking the back of a “snap-on” case. Lucky for me, Best Buy has a great return policy…

While we’re on the subject, we just so happen to be giving away a new iPad to one lucky fan. Check out the details here!