Apple’s New Patent Turns Your iPhone into a TV Remote 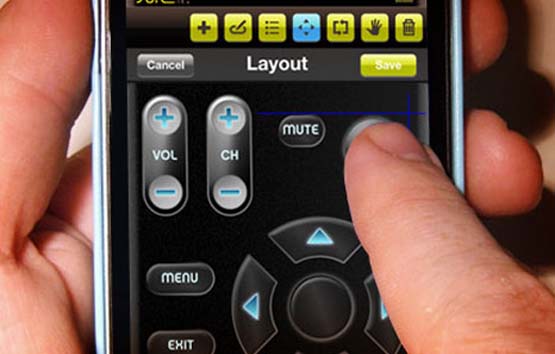 This morning PatentlyApple discovered a new “Configurable Remote Control” patent from Apple. This essentially would allow one to use their iPhone to take a picture of an existing remote, then the iPhone would automatically configure it into a full touchscreen remote app.

That would be awesome…

In a 2010 interview, Steve Jobs went off on the remote control situation in the World today. There is a remote for everything. The TV needs a remote. The VCR needs a remote (if those are still around). The DVD player needs a remote, etc… Universal remotes are way too complex and annoying at times. It only makes sense that Apple would take the usual route and make our lives simpler.

Believe it or not, this isn’t the first time Apple has filed a universal remote patent. According to 9to5mac, Apple filed for one back in 2011.

A patent application published by the U.S. Patent & Trademark Office earlier today reveals Apple is flirting with the idea of a universal touchscreen controller capable of controlling multiple devices including a “television, a video tape player, a video disk player, a stereo, a home control system, or a computer system.” The patent application is titled “Apparatus and Method to Facilitate Universal Remote Control” and was filed Sept. 30, 2011.

It’s also important to note that according to rumors, Apple has been working on a HDTV set. So maybe all these patents will fall in line with future rumors regarding the mystical “iTV”. So there ya go… Looks like Apple is planning on letting us use our iPhone / iPad or other iOS device to fix our living room situation.

If you are in need of a “future” remote, we happen to be giving away a New iPad… Check out our giveaway here!