Run Android Apps On Your Mac With BlueStacks 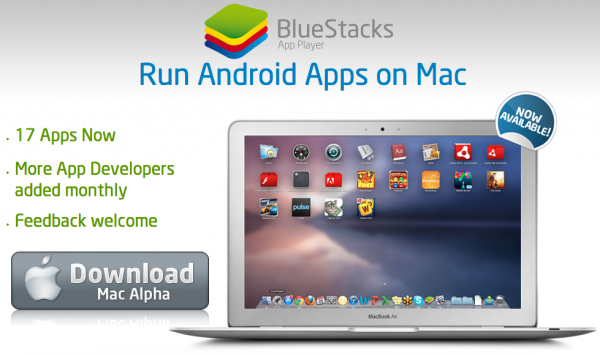 If for some reason you’re sitting at home saying to yourself, “Darn I really wish I could run Android apps on my Mac,” there’s an app for that…

The app is called BlueStacks. Previously the application was only available for Windows, but has now made its way to OS X. BlueStacks allows you to virtually run Android apps inside its “player.” BlueStacks is known to be the “Parallels for Android,” and currently supports 17 Android apps.

So if you’ve had a case of the I wanna download and use crappy slow Android apps, this is just the app you’ve been waiting for. You can play Word With Friends for Android right there on your Mac! Amazing, I know… (sarcasm)Though maybe these apps running on a decent OS was just the push they needed to function properly and without lag. 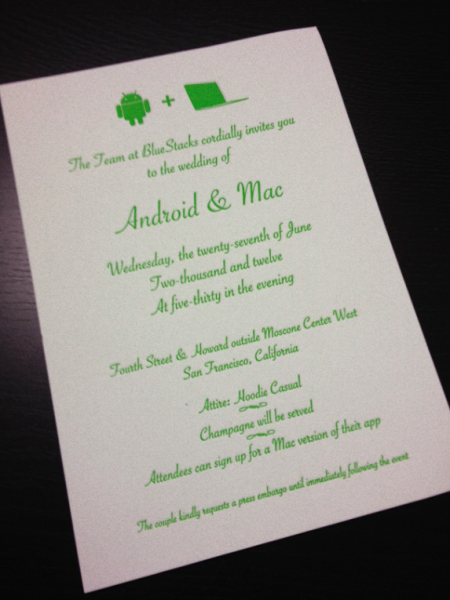 The creators of BlueStacks attempted to make an impression on developers at yesterday’s Google I/O with a mock wedding for Android and Apple.