Today must be iPhone 5 day. MacRumors points to another set of leaked photos showcasing the same exac samet iPhone 5 parts we’ve been showing you today.

Much more after the break… 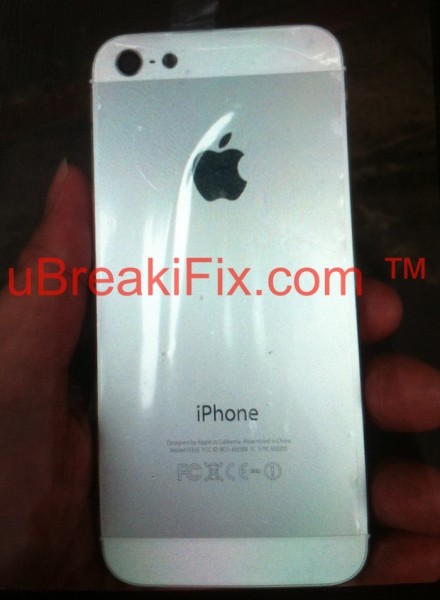 The only exception to these new photos is the font on this backplate looks slightly thinner and a tad different than the 9to5Mac photos. Not sure if that means anything, but it’s certainly worth pointing out.

These photos come from repair firm, uBreakiFix. The images show the same iPhone 5 backplate in white. Since these leaked photos come from completely separate sources, either they’ve all been fooled or these are legit. 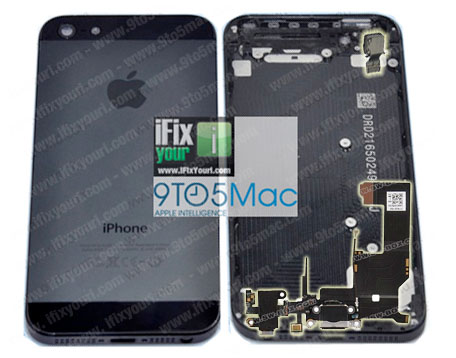 Interestingly enough, not too long ago some parts were leaked involving the new iPhone. A MacRumors commenter decided to put together a very convincing mockup of these leaked parts. What we initially though was an earpiece / WiFi connector, directly line up with the mini dock port and the microphone portion of these leaked photos.

Here’s another shot of the unibody-style backplate… 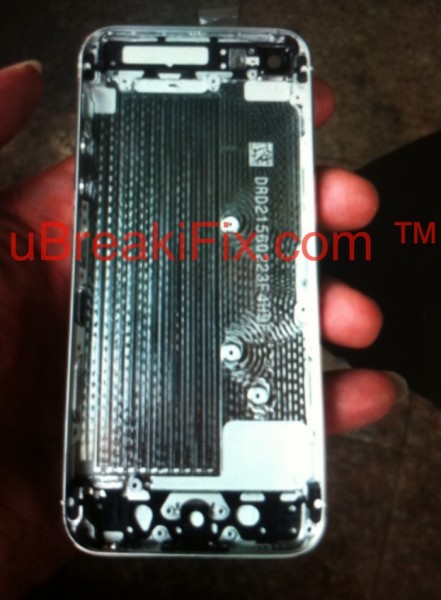 I’m not exactly sure how to process all this information yet, but it’s definitely going to be an ongoing topic for a while. I’m sure this isn’t the last leaked iPhone 5 photo we’ll see.

What’s your take? Meet me in the comments.