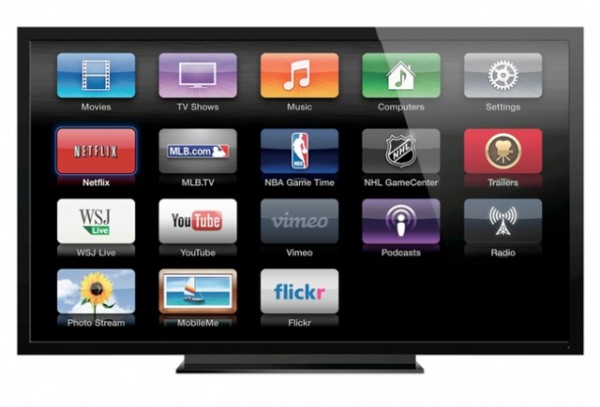 If there is one thing that Apple TV lacks, it would have to be more apps. Overall it’s a great bargain at $99, but apps would bring new life to Apple’s living room endeavors. Furthermore, apps would greatly enhance the user experience if rumors of an Apple TV set materialize. According to BRG, third party apps will be coming soon…

Boy Genius Report editor, Jonathan Geller, learned from “a trusted source” that Apple will be unveiling a new Apple TV SDK at WWDC 2012 to allow developers to make apps for your little hockey puck Apple TV. This would obviously work in line with any TV set as well if those rumors are true.

We have heard from a source that Apple will be introducing a TV SDK at WWDC next week. This would enable third-party developers to create software for Apple’s TV products.

Apps are definitely something that would make sense for the Apple TV ecosystem. Apple already includes an SDK for their new iPads 2,048 x 1,536 resolution. It wouldn’t be very difficult to include one for a 1920 x 1080 Apple TV resolution.

In line with this rumor is another report from BGR claiming that Apple will be launching an all new Apple TV OS at WWDC as well. This rumored OS would include many different APIs to allow controlling of other connected components with the Apple TV remote and or iOS “Remote” app.

I would definitely sit well with third party apps on Apple TV. The jailbreak community has already brought third party firmware and apps to Apple TV so it’d be silly for Apple not to go this route. The Apple TV was even hacked back in January to run full-screen iPad apps.

This is entirely possible, but we’ll all find out on Monday when WWDC 2012 kicks off.

How do you feel about third party aTV apps?