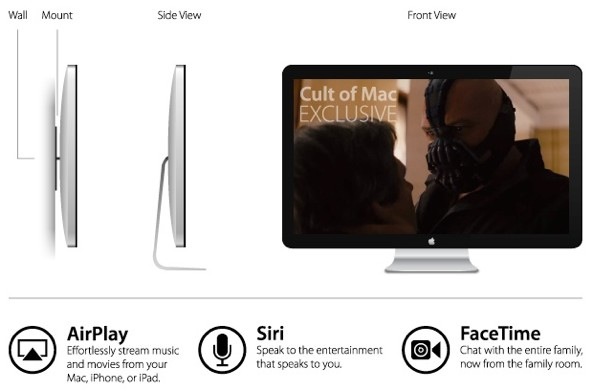 Rumors have spread like wildfire about a possible television set from Apple. We’ve heard many different claims on what it is, what it will be, and when it will come out.

Foxconn CEO, Terry Gou, indirectly confirmed the Apple “iTV” according to an interview he did with the China Daily.

Gou said Foxconn is making preparations for iTV, Apple Inc’s rumored upcoming high-definition television, although development or manufacturing has yet to begin.

The TV set was described as featuring an aluminum construction, Siri, and FaceTime video calling. Pretty much what you’d expect out of an Apple TV set. Simple. It also does fall in line with Cult of Mac’s source stating the iTV would look like a cinema display. (seen in the mockup above)

Gou also noted that Foxconn’s recent 50-50 split venture factory with Sharp in Japan is part of the preparations for manufacturing the new TV. Though I’m still not sure about the name iTV.