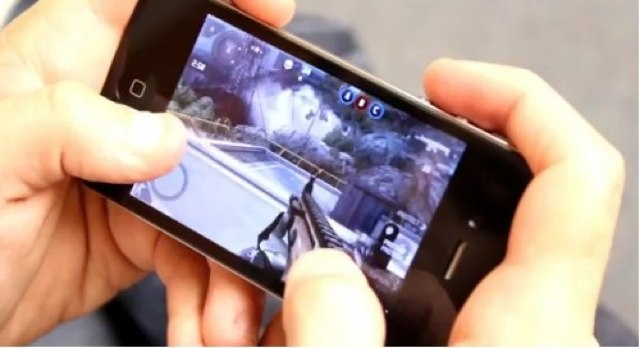 There’s a good chance if your reading this you either love gaming, iOS games, or both. If so, then your in the same boat as me! iOS games have been becoming strikingly similar to those of consoles lately. And Since the new iPad was released with Quad-Core graphics, games finally have a chance to really take life.

But honestly it can be frustrating to play games like Modern Combat 3, or others  with a touch screen. And really the only thing holding me back from selling my PS3 is a physical controller.

Well all this could come to life soon. And I really have to stress the word “could“, because in fact this is a rumor. Surprising right???

AppleInsider is reporting that AnandTech’s Anand Lal Shimpi, review of the new iPad reveals that he’s been made aware of an “internal Apple project to bring a physical controller to market.”

While controller support in Android in its infancy at best, it’s more than iOS currently offers. I know of an internal Apple project to bring a physical controller to market, but whether or not it will ever see the light of day remains to be seen.

If Apple does come out with a physical controller it would surprise me. That’s the only thing holding them back from gaming excellence. Now all Apple needs to do is fix the laggy AirPlay on Apple TV and we have a console in the making. Let’s not forget that iFixit’s teardown of Apple TV 3 did expose a hidden BlueTooth 4.0 chip.