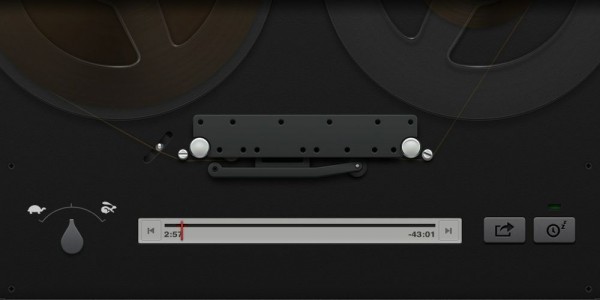 Last month Apple released the short-rumored Podcasts app for iOS. the app would serve as a replacement for Podcasts in iTunes on your iOS device. Since the release, it’s been nothing but trouble. In fact, this is the worst rated Apple app to date…

All Things D has the scoop:

Podcasts users take note: Apple has been hard at work tweaking the app to fix the problems that currently plague it and sources say the company expects to post an update to it this afternoon that should vastly improve it.

Part of the problem is due to the many bugs in the app. It may have been released a tad too early because many users were complaining about crashing issues. Most all of the reviews in the App Store are only 1 or 2 star ratings. Overall the entire app has an averaged two-and-a-half-star rating. Like I said, lowest ever for an Apple app.

Good news is, Apple has plans to release an update later today to hopefully put this problem to sleep. I personally haven’t had any issues with the Podcast app, but so many others have experienced lagging, crashing, and other bugs.

Keep your eyes on the “Updates” tab, the new version of Podcasts should be coming soon. Then you’ll be able to fully enjoy all your favorite podcast episodes.

Did you know we have a podcast? Yup, that’s right! When you download the free Podcasts app be sure to search for “macmixing.” You can also find us On iTunes. Subscribe to our podcast for weekly episodes on all things Apple.

Source: All Things D via  MacRumors