One Third of U.S. High School Students Have an iPhone 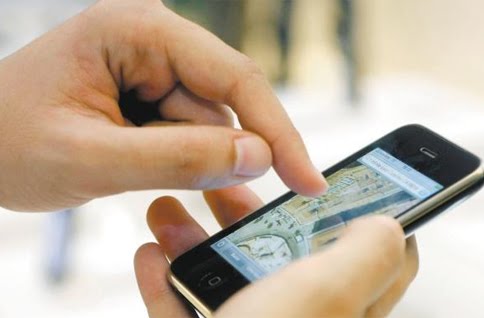 It’s iPhone madness in schools everywhere, and Apple seems to be the popular kid. Piper Jaffray analyst Gene Munster recently issued a report involving a survey of U.S teenagers. The report released on April 3rd included 5,600 high school students, in which 34% of those were iPhone owners. 40% of those same teenagers said they intend on purchasing an iPhone in the next six months.

The reasoning behind this is simple. Functionality and low cost. In January 2011 the price of the 3GS was lowered down to a whopping $49, which was ultimately dropped down to a price of FREE when the iPhone 4S came out. Since having an iPhone is considered “cool”, these low price points attract young buyers. And if you think about it for what you get, the price is well worth it. With three different price tiers to purchase an iPhone at, it almost makes it a “no brainer” for most students.

In our most recent survey the percentage of teens that own an iPhone came in at 34%, up from 23% in the Fall and 17% last Spring. We believe the meaningful uptick in iPhone ownership among teens may be driven by the cheaper $49 iPhone 3GS (in some cases free). Interest in purchasing an iPhone in the next 6 months rose to 40% (another all-time high vs. our previous surveys). Purchase intent was at 38% in our last survey in the Fall.

It also makes me wonder if Apple will keep the iPhone 3GS around once the new iPhone is released and have 4 different iPhone options.

Would you be surprised to know that an identical 34% of teenagers also owned a tablet? And guess what? 70% of those tablets are iPads. Now that’s a dominating percentage if you ask me. Just to nudge the scale a little more for Apple, 53% of those iPad lovers also own an iPhone.

In our Spring 2012 survey, 34% of students owned a tablet computer (same percentage as iPhones), up from 29% in Fall 2011 and 22% last Spring. Of those tablet owners, 70% owned iPads, 19% owned Android tablets, and 11% owned Kindle Fires. 53% of iPad owners also owned an iPhone, demonstrating the halo effect of entry devices like the iPhone.

I’m going to have to agree with Piper Jaffray when they say the new $399 entry price is an attractive option for students.

Do you fall in with the percentage in this survey?