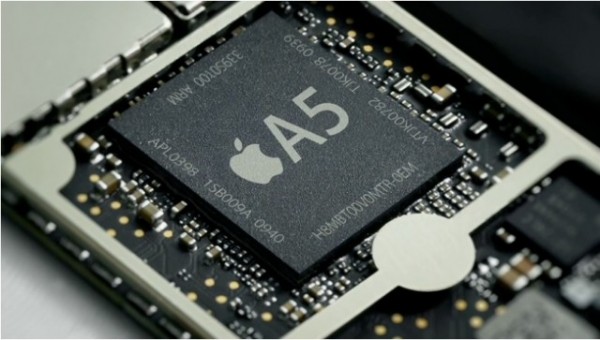 When the new iPad was released, the price on the iPad 2 dropped $100 to compete with other inexpensive Android tablets on the market. But apparently the iPad 2 also included internal hardware changes none of us were aware of until now…

The iPad 2 actually has a different breed of an A5 chip that supports better battery life. The new A5 chip is built using the new 32-nanometer manufacturing process. The previous A5 chips inside the “older” iPad 2 models  we’re constructed using a 45-nanometer process. This new process makes the A5 chip more cost effective and also increases battery life.

AnandTech recently conducted some tests and concluded that the current iPad 2 actually has 16% more battery life than the previously manufactured models. The new processor revamp boosts battery life for 3D gaming to 7.9 hours in comparison to the 6.12 hours the previous iPad 2 offered.

Now it’s no surprise that Apple is more than likely implementing LTE in their next generation iPhone, but this is definitely one extra nugget of information that secures the inevitable future of the iPhone. I don’t think that Apple will use the A5 chip in a newer iPhone, but the new manufacturing process means they can make a better chip (possibly A6) with battery performance for a long-lasting battery to better support an LTE chip.

Apple doesn’t make compromises in the battery life department, it’s just not how the play ball. But with this new process and the previously reinvented battery they implemented within the new iPad, this almost certainly secures the future of LTE iPhones.

Anyone planning on upgrading to the upcoming LTE iPhone?