The screen shot shows an extensive list of MacBooks complete with price listing’s well below what you would normally pay for them brand new, which suggests that GameStop will be selling refurbished rather than used notebooks.

It shouldn’t be much of a surprise to frequent customers of GameStop that the company decided to start selling MacBooks since they already buy and resell iPhone’s, iPad’s and iPod’s. 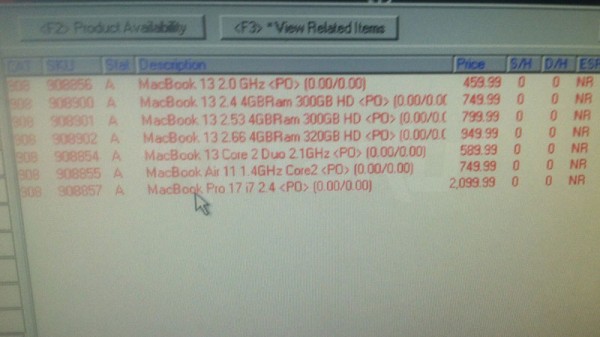 GameStop allows their customers to sell their used gaming software or hardware to them for store credit, or 20 percent off of purchase. While GameStop has been traditionally known to specialize in console games, just last year they began accepting iPhone, iPad, and iPod trade ins.