[Feature] Will Apple Ever Release An HDTV That You’re Willing to Buy? 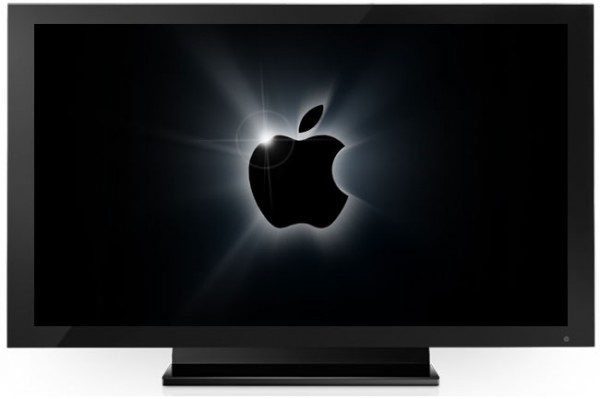 Rumors have been flying around over an Apple TV set for quite a while. While we have no solid proof on anything Apple is planning, many (including us) still speculate over rumored plans to introduce an Apple branded TV to our living room…

I’d like to set aside the rumors for a second and make an argument against an Apple TV set. I’m not stating that the rumors are false (but they are rumors), nor am I saying that Apple shouldn’t release a TV set but I’d like to argue against it for a bit. Here’s why.

This thought was initially brought to mind when I read a comment by DisplayMate’s CEO, Dr. Ray Soneira and how he believes the new Apple TV set will have a Retina display. Read the comments below and catch my following opinions…

Why does Apple need to introduce its own Apple Television with an actual TV screen as opposed to just relying on an Apple TV streaming box connected to some other brand of TV? Because all existing TVs produce inaccurate and inconsistent colors and images that will be poor matches to Apple’s own iPhones and iPads. Photo sharing is especially important and convenient on WiFi and internet connected TVs.

Consumers will love the fact that everything including their personal photos, TV shows, movies, and videos will all look exactly the same on all Apple devices.

There is tremendous confusion (from consumers to Wall Street analysts) as to exactly what a “Retina Display” is in terms of resolution and Pixels Per Inch. Some analysts are saying that an Apple Retina Display Television is years away because the display technology won’t be ready for years. That is simply not true… Existing 1920×1080 HDTVs are already “Retina Displays” in terms of visual sharpness at typical viewing distances.

So, when Apple launches its own Apple Television it will almost certainly have a resolution of 1920×1080 and it will be a True Retina Display Television. The timing of an Apple Television will be up to Apple, but the display technology is already here.

Let’s start at the top here. Soneira states, “existing TVs produce inaccurate and inconsistent colors and images that will be poor matches to Apple’s own iPhones and iPads.” This is a bit confusing/funny to me. From what I’ve seen, there is no consistency in colors across ANY Apple device I’ve seen; some have yellow tinted displays, some have blue tinted displays, and some are in the middle. These differences may not be noticeable to everyone, but if you compare the difference in color on your iPhone to a friends, you’ll certainly see what I’m talking about.

Soneira goes on to say, “Existing 1920×1080 HDTVs are already “Retina Displays” in terms of visual sharpness at typical viewing distances.” Bingo buddy… HDTV’s already have “Retina specs.” What can Apple do to bring something to the market that hasn’t been done yet? Retina displays have already begun fragmenting apps and the web on the new iPad and MacBook Pro, I don’t think Apple would fragment the television market by introducing a display 4 times 1080p.

Apple has a good track record of bringing in new devices we’ve never seen before. Most everyone has a TV. How could Apple set themselves apart from the rest of the inexpensive TV market. Apple sets the bar higher in terms of price and quality on any product they create, so why bring a standard HDTV to market when they already exist?

Like I said, I’m not saying Apple won’t release an HDTV but fact is, the comments made by DisplayMate’s CEO are flat out silly. More than anything he’s playing the role of  ‘captain obvious.’ Apple needs to bring an HDTV with something completely new in terms of features or design for it to be a hit.

When Apple released the Macintosh, no one had ever seen or used anything like it. Same goes for the iPhone; sure we all had heard of phones, but Apple did it in a new and completely different way. The iPod revolutionized the music industry, and the iPad changed the way we look at portability in simple computing tasks.

If Apple really has plans on releasing an HDTV, they’re going to have to make a big impact on the industry and completely floor consumers with the features and design.