Blu-Ray In A Mac Will Probably Never Happen 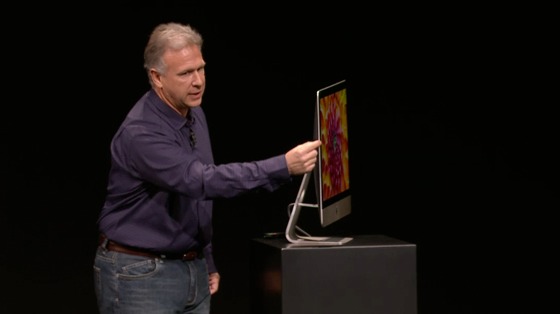 Many often wonder why Apple has yet to implement Blu-Ray drives into Macs. Apparently there’s a very good reason for this … no one wants it. A recent interview with Phil Schiller provides insight as to why Apple intentionally skipped the Blu-Ray phase.

Schiller pointed out that one major application for optical drives, software distribution, has gone largely digital. As for video, he said that “Blu-ray has come with issues unrelated to the actual quality of the movie that make [it] a complex and not-great technology…So for a whole plethora of reasons, it makes a lot of sense to get rid of optical discs in desktops and notebooks.”

His preferred Blu-ray alternative? iTunes, of course, which lets you buy a movie and then watch it on all your Apple devices.

Once upon a time, people assumed that Macs’ lack of Blu-ray was a delay, not a permanent decision to fast-forward past it. I told Schiller that I imagined folks don’t ask about it much these days. “Correct,” he said.

I can’t say i disagree with him there. I’ve never had a need for Blu-Ray. The videos I stream to Apple TV or watch through iTunes are great quality. It’s never bothered me that I didn’t have a Blu-Ray drive on my MacBook. In fact, I’ve gutted the optical drive from my MacBook Pro to make space for an extra hard drive. I haven’t looked back since.