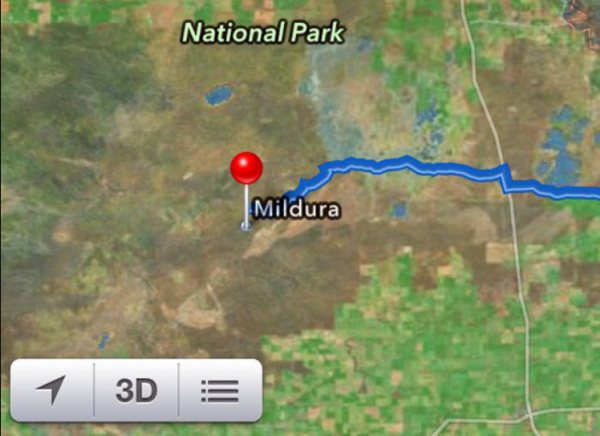 Several travelers recently became stranded in the Murray-Sunset National Park while trying to reach Mildura after using iOS 6 Maps for directions. Police in Victoria, Australia have since issued a warning advising people to stay away from the Maps app.

Local Police have been called to assist distressed motorists who have become stranded within the Murray-Sunset National Park after following directions on their Apple i-phone.

Police are extremely concerned as there is no water supply within the Park and temperatures can reach as high as 46 degrees, making this a potentially life threatening issue.

Some of the motorists located by police have been stranded for up to 24 hours without food or water and have walked long distances through dangerous terrain to get phone reception.

It’s no surprise that many users have been experiencing issues with iOS 6 Maps. Rest assure, the problem is being fixed. Tim Cook has profusely apologized for problems with iOS 6 Maps and has also made some drastic changes in management to rectify the situation.