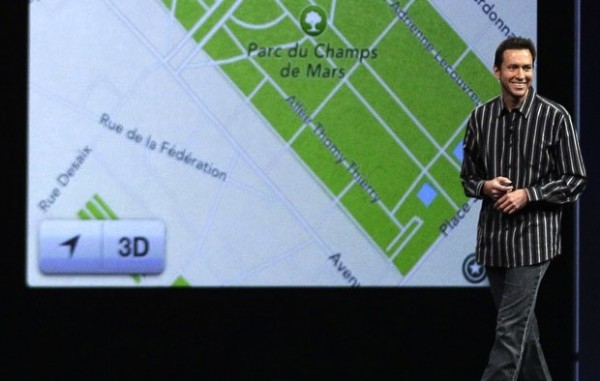 As of Monday Oct. 29, 2012, Apple Senior Vice President of iOS Software Scott Forstall will no longer play a big role at Apple. He has been moved to an “advisory” position within the company and will leave Apple in 2013.

This is the first major change in Apple executives under Tim Cook’s command and it all came to a head when Scott Forstall reportedly refused to sign an apology letter recently published by Tim Cook for the problems with the new iOS 6 Maps app. Unrelated to Forstall’s change in employment, Apple’s Retail Chief John Browett is no longer with the company.

The news came through a press release published by Apple.

According to The Wall Street Journal:

The NYTimes has confirmed similar news about Scott Forstall’s departure:

A senior Apple employee who asked not to be named said Mr. Forstall had also incurred the ire of other executives after inserting himself into product development that went beyond his role at the company. One person in touch with Apple executives said the mood of people at the company was largely positive about Mr. Forstall’s departure.

Why didn’t he just sign the stupid letter? I mean seriously, I wasn’t that mad about iOS 6 Maps. I’m not aware of the official details of Forstall’s departure, but if it really has to do with a signature on a letter, he’s officially the dumbest man on Earth. Talk about an ego … come on Scott.

Jony Ive is now taking over Scott’s responsibilities at Apple and will oversee the leadership of Human Interface teams alongside his position as head of Industrial Design. This change could definitely impact how iOS is designed in the future. Congratulations to Jony Ive for the added responsibility. Let’s all give a one finger salute to Scott Forstall for leaving his position at Apple over a silly egotistical signature.

Apple has since updated its leadership page to reflect these huge changes.