The Verdict Is In: iPad mini Review Roundup 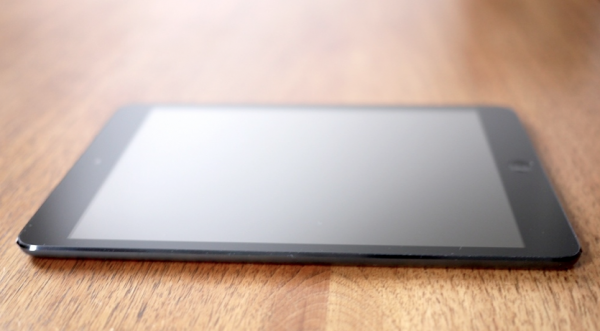 Have you been delaying your purchase of an iPad mini? If so, now is a great time to hear what the press has to say about Apple’s latest tablet. Check out this review roundup from around the Web and find out if this is the iPad for you.

The iPad mini is an excellent tablet — but it’s not a very cheap one. Whether that’s by design, or due to market forces beyond Apple’s control, I can’t say for sure.

There’s no question that to the naked eye this screen does look lower in resolution than its nearest competition. Pixels are noticeable, especially in webpages, books, and when viewing email — and that can be distracting sometimes. Since Apple is the company that’s gotten our eyes used to the hey-look-no-pixels trick of the Retina display, it’s hard to take a step back and not notice. I don’t think the lower resolution is a deal-breaker in this product, but it is a compromise you have to be aware of. It simply doesn’t look as clear as other products on the market.

I use my iPad mini for tasks rather than watching videos or playing games, but I use it a lot. This is a Wi-Fi model, which was on all the time and I have yet to see anything cause a significant drain on the battery. The battery is lasting days for me and it is on 24/7.

I was really surprised with how much I used the iPad mini in my daily routine — more than the 10-inch iPad. There are a couple of things you have to remember with the iPad mini. First, it isn’t just a smaller iPad, but rather it feels like its own device.

In our standard battery run-down test, which entails looping a video with WiFi enabled and a fixed display brightness, the iPad mini managed an astounding 12 hours and 43 minutes. This gives it the longest battery life of any tablet we’ve ever tested, besting even the Samsung Galaxy Tab 7.7 by 42 minutes. Indeed during the course of our testing the battery on the iPad mini exceeded our expectations, expectations that were already high thanks to the consistently great battery life offered by the iPad family.

The actual iPad Mini display is not terrible. It’s exactly what you think: it feels like an iPhone 3GS display cut to iPad size, including the fact that the pixels seem deeper from the surface of the glass. (It does seem brighter and more vibrant than a 3GS display, perhaps because it uses an IPS panel.) And after a week of using it as my main iPad, the individually discernible pixels are no longer jarring to my eyes. The non-retina resolution is the one and only significant complaint I have with the iPad Mini, and it’s an issue that is only apparent to those of us who already own a nearly-new iPad.

Overall, the iPad mini seems to get some pretty good reviews. Yes, it has some downsides, but so does most other tablets on the market. When we were first introduced to the iPad mini, many seemed to address the lack of a Retina display. Fact is, we’re all just spoiled. I don’t think it’s bad at all. Plenty of people still purchase the iPad 2, because well, most of the world doesn’t care about Retina displays.

Apple doesn’t make everything exactly how we’d expect, but when they do create something, it’s completely functional, stylish, and “just works.”