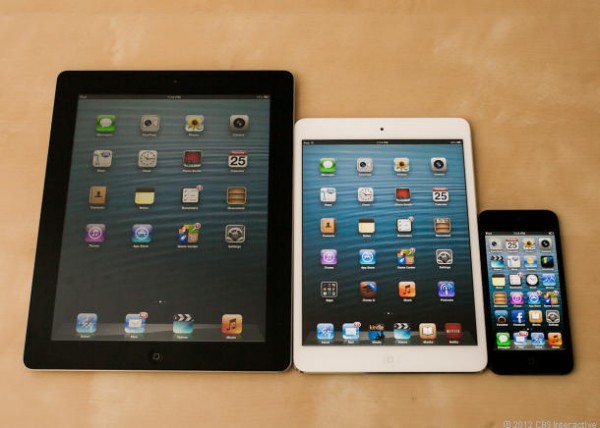 What’s so great about the iPad with Retina Display? If you don’t care about performance, probably nothing. Either way, check out some of the reviews on Apple’s fourth generation iPad and let me know what you think.

Twice as fast, better battery life, same cost. What more do we need to say? The new iPad is a hit on all fronts — but it of course won’t be received that way by all. Those who just made the investment in an old, new iPad are likely going to feel a bit burned, and we feel for you. Meanwhile, those still voicing their dissatisfaction with the Lightning connector will surely lament its presence here, but to you folks we say the world is moving on and now is as good a time as any to jump on board.

Biggest of all is the new processor lurking beneath: an A6X processor, replacing the third-gen’s A5X. The previous iPad was no slouch in the performance department, but as we remarked when we reviewed the iPad in March, its speed gains weren’t such a huge quantum leap compared with what we got from the iPad 2.

I spent many hours playing Dead Space, Infinity Blade 2, and Zomebiewood, and the performance was near-perfect — graphics are smooth no matter how detailed, everything’s incredibly responsive, and I saw nary a skipped frame or stuttery animaton. Of course, I could say all those same things about the iPad that came out in March. The newest iPad is better, but only if you’re really picky and really paying attention.

The bottom line is, if you already have “the new iPad,” you should probably wait for the new new new iPad that’ll be out sometime next year. If you can’t stand having an “old” device, you probably already order one. Stay tuned for my full comparison between the iPad 3 and iPad 4.