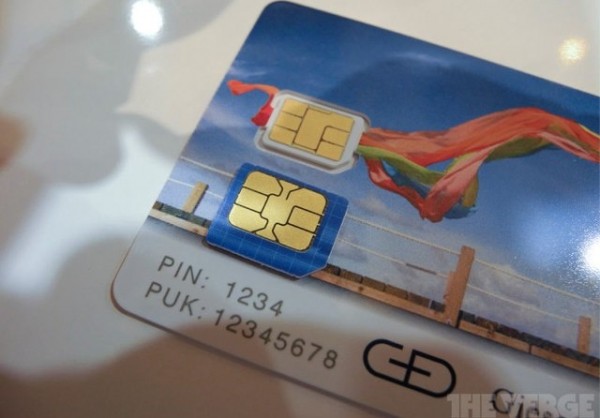 Apple beat out many major competitors with this new smaller design. It’s said to be 40% smaller then the current SIM cards on the market now.

The fourth form factor (4FF) card will be 40% smaller than the current smallest SIM card design, at 12.3mm wide by 8.8mm high, and 0.67mm thick. It can be packaged and distributed in a way that is backwards compatible with existing SIM card designs. The new design will offer the same functionality as all current SIM cards.

ETSI also goes into specifics on how the decision was made:

The new form factor was adopted by industry with the involvement of major mobile network operators, smart card suppliers and mobile device manufacturers. The new design will be published in due course in ETSI’s TS 102 221 specification, freely available like all ETSI standards from the ETSI website.

The Cupertino-giant received mass criticism from companies like Nokia and Motorola because this new design requires them to make hardware changes to adapt future handsets to the new standard. Rivals were also worried consumers would mistakenly insert a nano-SIM in existing SIM slots. 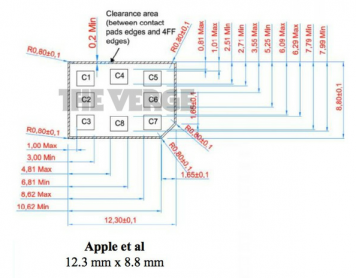 The announcement does not confirm that the new 4FF is Apple’s design, but thanks to some footwork done by The Verge it’s clear that the chosen design lines up with Apple’s SIM card specifications.