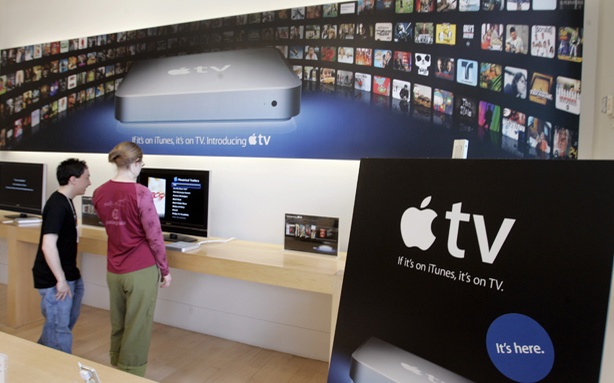 All over the world people have been receiving their new Apple TV 3. Apple seemed to drop the ball on the release date of the new Apple TV as many reports have been coming in about shipments coming in a day early. The demand for the new Apple TV has been extremely high, or so it seems. The ship time has been delay for up to 1 to 2 weeks if you plan on ordering it online. I have a feeling there is a limited stock for these units and that Apple really cares a little more about their new iPad. With 1080p video, and a faster processor, is this the right Apple TV for you?

There are a couple things to consider here…

The answer is, probably not. There isn’t really much to say about this refresh except that it’s in Apple’s routine to do so once a year. Yes, 1080p is great! But it’s also not mecca of awesomeness. If you have an Apple TV 2 now, I’d say to stay put unless 1080p is really that much more important to you. Yes the new version has a faster processor but is that really going to make the biggest difference? Probably not. Now I’m not trying to be a negative Nancy here just being blunt and if you already have one, stay put. Wait for something ground breaking as Apple did with the new iPad. But honestly if your a Fanboy, you’re probably going to buy one anyhow. And you know what that’s fine! (I’d do the same.)

But to speak logically, it’s not the BIGGEST upgrade in the world.

Here’s another perspective to consider if you really NEED to have one. Go ahead and buy it. If your previous Apple TV 2 is in pretty good condition you can more than likely sell it on craigslist or ebay and get 40-50 bucks for it. That would at least leave you paying a minimal amount for a minimal upgrade. (I do these things all the time.)

What if I own an original Apple TV? Should I buy the new model?

Well that depends, do you use it a lot? Or are you like me and crazed about having “the latest model”? It would be quite an upgrade from what you’re used to that’s for sure. I would say if you have the money go for it. Apple TV is constantly growing and it would be good to be on “the next level” when Apple starts rolling out more updates that will not be compatible with your model. Similar to what some iPhone 2G and 3G users experience. Bottom line is, if you have the money and enjoy you some Apple TV, go for it.

I’ve never owned an Apple TV before. Should I buy one?

Definitely. Give it a shot. They are pretty awesome. If you have the money it may be your next favorite gadget.

Don’t take my word for it check out the features:

So there you have it. The decision is yours! But be warned, there may be a limited stock available for the next few weeks. I’d honestly take the easy route and order on from Apple’s website and just wait out the shipping time.