Apple Stores To Be Built Outside Of Foxconn Factories In China 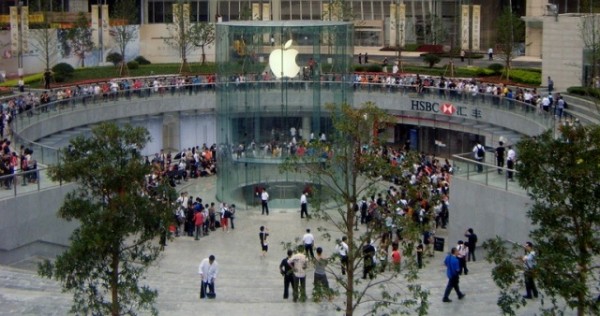 According to government officials in Chengdu, China, Apple has plans to open two new retail stores near the Foxconn factories that build many of the companies Mac and iOS devices. This worries me a bit as we just reported on a full-scale riot in that same area that Foxconn workers started…

Currently there are only five Apple Stores in the mainland of China. According to Reuters, Apple received approval from Chinese officials for the Chengdu store back in late May. It’s hard to believe there are so few Apple Stores in the country that manufactures Cupertino’s devices. Sadly, that’s the truth.

Apple may have trouble selling iPads in these stores though. They are still in the midst of an ongoing battle with Proview in China over the iPad trademark.  Proview’s  lawyer, Roger Xie, told Reuters that if Apple attempts to sell iPads in these stores, they will certainly seek out an injunction to cease the sales.

Regardless of legal problems with the iPad, Apple won’t stop building these stores. Macs and other Apple devices are highly popular in China. This would only increase their profits and expand their reach to uncharted territory. Having more stores in China will help Apple battle they “grey market” problems they currently face with their products.