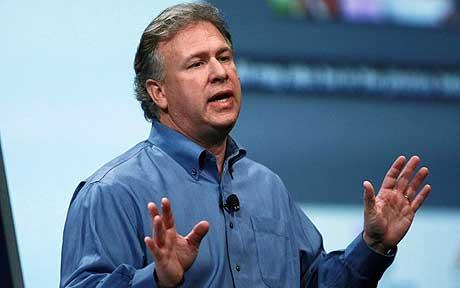 If you thought the people that dropped Instagram just because it was sold to Facebook for a cool $1 billion, wait until you get a load of this. Apple’s Senior V.P. of Marketing Phil Schiller recently quit Instagram because of the new app they just released for Android.

Personally I know that this isn’t a very big deal in the grand scheme of things and is actually quite laughable, but I do think Schiller gesture does carry a sign of significant importance. What sign you say? I think it’s a sign that the vision and the spirit of Steve Jobs is alive and kickin within Apple’s executive inner circle. Doesn’t this just seem like the something Jobs would have done if he were still alive. Shoot he probably would have started a new war… “The War Against Instagram”. But that might not have been such a wise decision given Apple’s current “War Against Android”, since history has proven that fighting a war on two fronts is a recipe for disaster. Although something tells me, given the roll that the Cupertino heavyweights have been on lately that they could handle a war on three fronts if they felt so inclined to right now.