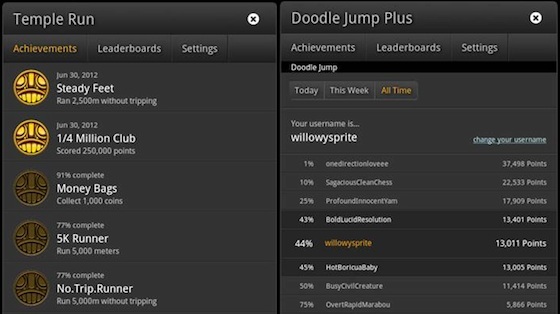 Today Amazon announced their new “GameCircle” feature for Kindle Fire. Just earlier we told you about Amazon’s plans for a smartphone, and now they’re attacking Game Center as well. Watch out Apple…

I can already smell a lawsuit coming on. GameCircle will allows users across devices to compete with others on leaderboards, and sync game data across devices. Devices? Wait.. I thought Amazon only had one device. Well they do currently, but if rumors ring true, they may have a smartphone by early next year…

According to Amazon GameCircle is described as:

GameCircle will make achievements, leaderboards and sync APIs accessible, simple and quick for you to integrate, and will give gamers a more seamless and entertaining in-game experience.

Hmm… Looks like a duck, sounds like a duck, then surely it’s a Game Center copy. On the other hand, GameCircle does lack the social integration Game Center offers.  It’s still looking like Apple is either going to sue Amazon, or face some competition in the mobile gaming realm.